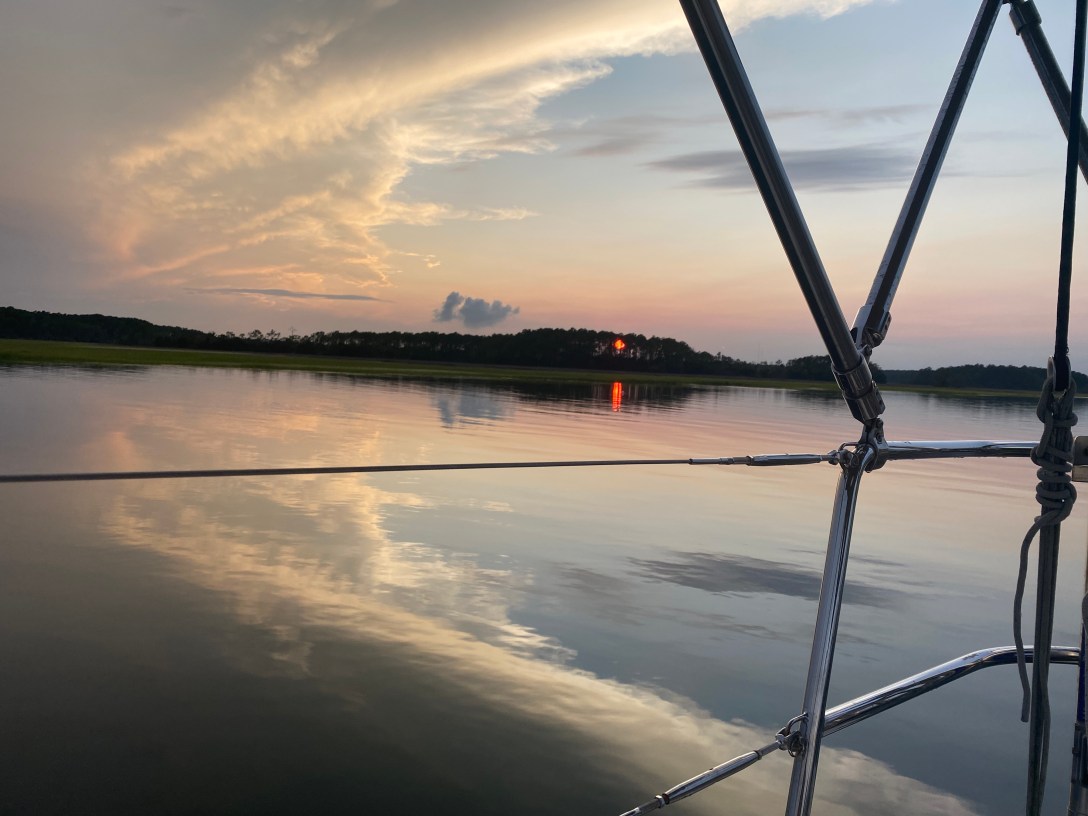 Last week I talked about the tides. My brain’s still on that.

As I said last week, I grew up in Colorado. There’s the Continental Divide in Colorado where, on one side the rivers flow one way and on the other they flow the other way. Other than that, the rivers are predictable. You put in a kayak on the Gunnison River north of Gunnison, and you’ll float past the town and can pull out at Hartman Rocks just south of the town.

This is predictable. It doesn’t matter what day, time of day, or moon cycle it is. The river flows one way.

Then we moved close to the coast and a friend of my husband’s asked him to kayak part of the Potomac with him. Enter the concept of a tidal river. Say what?!

For those of you who might not be familiar like I wasn’t, tidal rivers are just that, they’re effected by the tides. On that kayak trip I just mentioned, my husband and his friend timed their days around when the tide would be going out, so as they traveled toward the coast, they weren’t paddling against the flow of the river.

They miscalculated one morning. They got up at 3am, I think, and tried to time a crossing of the river so the tide would help them. In the dark, they didn’t realize the tide hadn’t turned yet. They paddled close to 45 minutes before realizing they weren’t making any progress. When they stopped paddling, the river spit them back toward shore and they found they were at the exact same part of the river as they’d started.

As I learned later from sailing, there’s a delay from when the tide turns at the coast to when it’ll turn upriver. The farther upriver, the later this delay. They miscalculated this, was all, and when they put back in to attempt their crossing again, they made it across without a hitch.

When sailing, you have to keep this in mind also. I talked last week about the boat turning with the tide while at anchor. Usually, you want to anchor in a protected area and rivers are great for this, but keep in mind the tide because, depending on your anchor style, the boat’s going to move on you.

This is a crazy, fascinating world we live in. Every time I learn something new, I’m amazed by how it works!