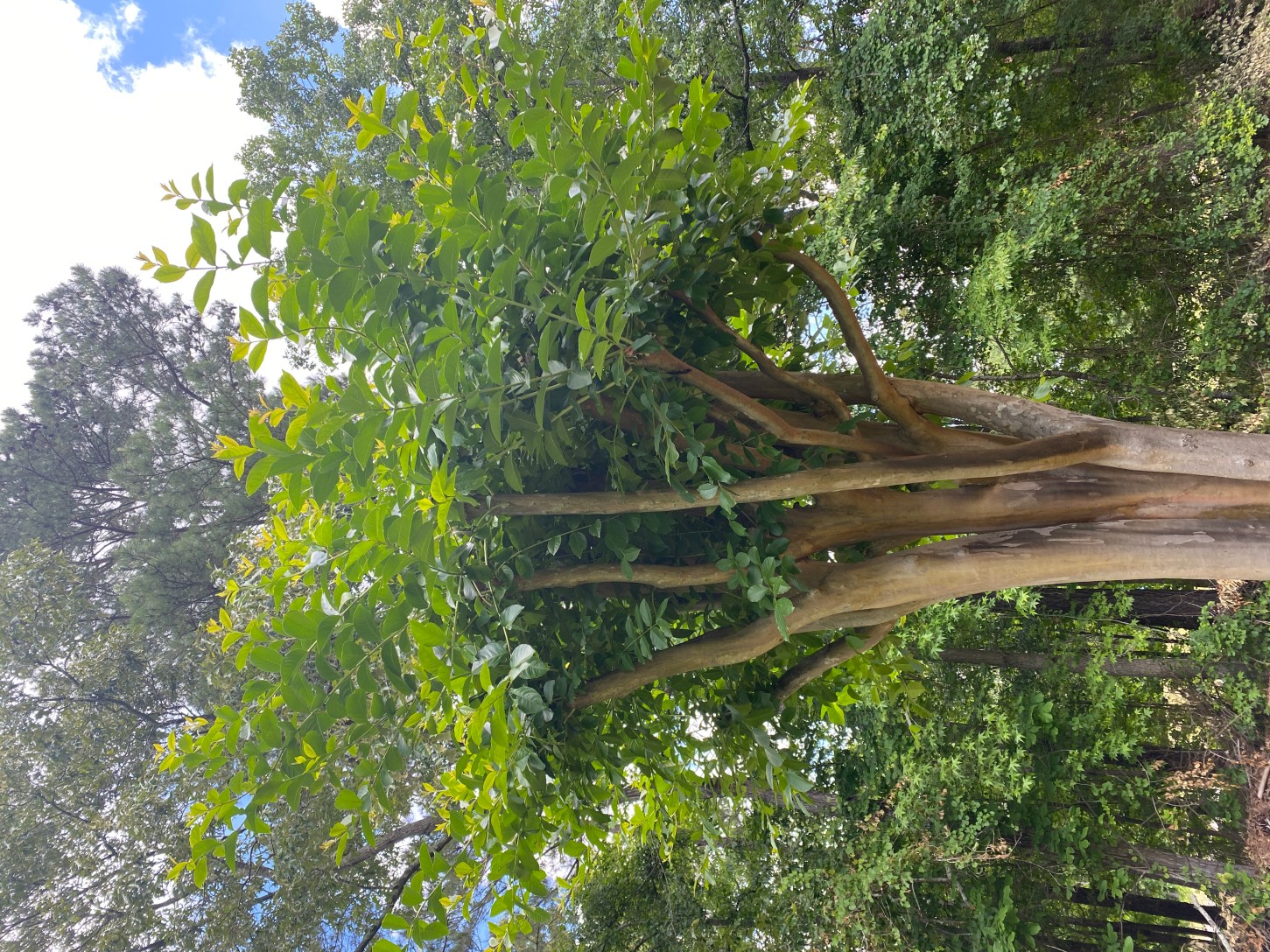 You’re the house cat at a large estate. Something snuck into your girl’s room last night and stole her leather boots, so you slip out to figure out what while avoiding the two large toms who patrol the outside garden of the property. You found a strange, squat creature chewing on one of your girl’s boots and decided to follow it.

Let’s see where he goes.

“Not good, not good,” the strange creature grunts as he moves away down the path, still gnawing on the toe of your girl’s boot. The shoe is beyond saving at this point. A low growl grows in your chest and you drop out of the foliage of the myrtle to follow the creature. 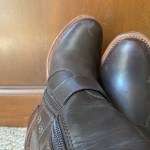 He ambles along, chewing and grumbling, until he finally disappears behind the tool shed at the far corner of the garden.

You slink around the corner and come nose-to-nose with the thing, who is still chewing on the boot.

It’s dark eyes grow huge and it swings the boot across your face. You duck but not fast enough to avoid the sole, which slams against your nose with enough force to tumble you sideways. You fetch up against the wooden wall of the shed, blinking furiously to clear your eyes from the blur of impact.

Your sight clears just in time to realize the boot thief isn’t alone. A dozen similar creatures now stand around him, all dressed in bright clothing and holding any number of weird implements. One holds a small hoe, another a rake, and yet another seems to be hugging a familiar pink shirt.

Your fur spikes along your spin and you spit a hiss. When one creature thrusts a hoe at you, you swat it aside and rake claws down its arm, tearing the sleeve of its purple shirt to shreds but cringing as your claws hit hard skin. It feels like digging into rock. The thing draws back, holding up its arm in surprise and you see your claws left tiny white scratches down its forearm.

Another creature darts in and you twist, smacking both hind paws into its chest to drive it away. At this, they all share a glance. Your stomach sinks. Although no words are spoken, you catch their silent communication. A second before they all dog-pile on you, you jump straight into the air, catching the edge of the shed roof and narrowly avoiding getting buried.

Just before you haul yourself up and over the roof to escape, something latches onto your scruff so tightly that a wheeze escapes your throat.

You’re swung around and brought nose-to-nose with a bald, broad faced creature that’s bigger than the others. His breath reeks of onions from the garden next to the house and you swallow. It’s a mini-troll. You’ve heard the toms grousing about them thieving the onions before.

“Ahh,” the troll breaths against your face as he eyes you. “A spy?”

“A spy, a spy.” The group collected around the troll’s feet grunt out a chorus as they climb over each other to get a better look at you.

“A wh-what!?” you about gag at the onslaught of onion breath but you manage to stutter your objection. “I’m not the one stealing from my girl’s room!”

You snort, swatting his blunt nose. “I’m too small for slippers.”

Your swat barely registers beyond making him blink. He “hums” as he rubs his chin. Suddenly he has the audacity to grab your four paws in one hand and flip you over. The next thing you know, he’s got a thick rubber band around your ankles, hog-tying you upside-down.

“Too small,” he grumbles.

“Too small, too small,” the smaller creatures echo. 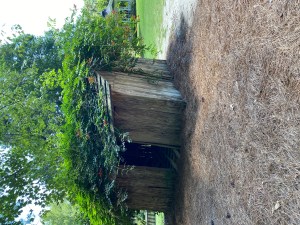 He hands you off to four of his minions, who harrumph under your weight. “Shed,” he orders, “I need think time.”

They haul you around the shed and into the dark interior where they hang you, still upside-down, from one of the wooden rafters. Then, using the rope over the rafter, they haul you up until you’re even with the top shelf of the shed.

You hear a smack and then a snotty huff. “I know,” says the troll.

A moment later, the original creature you followed ambles into the shed still chewing on the boot. He’s now moved from the toe to the instep leather. He stares up at you curiously.

You spit at him, which only succeeds in making you swing and bumps you into the shelf. Something shifts and thuds and you hear a hissing sound.

The creature pauses to watch the bird seed you knocked over cascade onto the shed floor. It sniffs and then returns to chewing leather.

“Want slippers,” the troll continues to grumble outside.

Boots and slippers. Does the troll have a thing for footwear?

A couple ideas start to glimmer in your head, both of which would divide the troll’s group.

One idea would involve boasting about the “perfect” slippers for him back at the house. If you play it right, he’ll send you with his minions to retrieve them since they obviously failed once already to find what he wanted, which would give you the chance to expose them.

The second option would be more tricky because it would draw in the toms but wouldn’t involved the house and your girl. It involves getting bird seed onto all the minions.

Use the Bird Seed?

Thanks for stopping by today! Leave a comment below with your vote and we’ll return next Thursday to continue this adventure.

(For more of my stories, check out either my multi-ending Adventure book, The Adventure, or my YA Fantasy novel, Quaking Soul, here on my Website or on Amazon.)