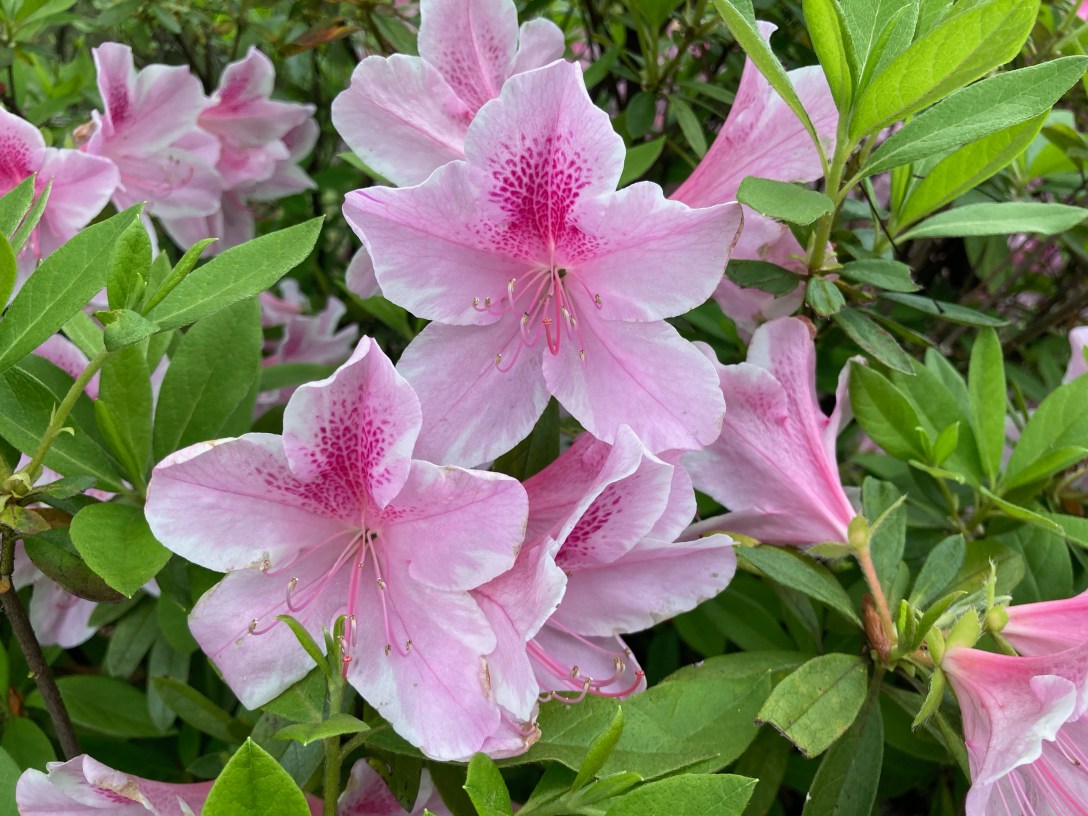 After our last adventure, I wanted to go with a lighter story. So for this month, you get to be a cat =)

Let’s jump in with all four paws.

The earth of the garden smells damp amidst the pungent fragrances of roses, azaleas, and late blooming camellias. Dirt presses between the pads of your paws as you pass between the bushes.

It’s not your job to patrol the perimeter. That job technically falls to Titus and Titan, two thirty pound, outdoor toms who would swat your nose if they found you wandering their track. But they have all the sensitivity of a chattering squirrel and for the task ahead, you can’t trust their thick heads not to drop mice carcasses on your little girl’s pillow.

They did that once, so you sprinkled bird seed from the shed all around the perimeter wall in retribution, drawing the annoying squirrels by the dozens until your girl’s father threatened to replace the toms if they couldn’t do their job well enough. Titus and Titan slept for a week after clearing away all the rodents once the seed dissipated.

But now you’ve got more on your mind than the toms and their squirrel problems. Something snuck into your girl’s room last night and rearranged her shoes, leaving behind the faint scent of dirty feet—not your girl’s—and the smudging from toad slime. As far as you can tell, they took nothing, but the afront to your territory and your girl’s space cannot go unanswered.

The garden’s full of toads, so the slime isn’t totally helpful unless you can find prints or some other evidence of where the intruder’s picked up the slime. The dirty feet odor, however, gives you something to work with. Even now, the faint residue of it haunts your nose and makes your whiskers shudder. 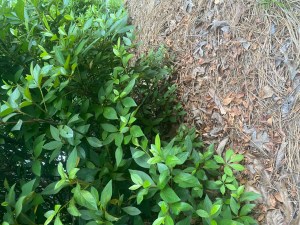 There’s the whisper of familiar movement ahead. You duck into a thick azalea and crouch down, trusting your dark fur to blend into the dim interior of the bush.

A moment later, two large orange felines race past in a headlong rush toward something unknown. They’re mangy beasts with dirty fur but they’re also thick with muscle from being well fed, active hunters. As they fly by, one skids to a halt, kicking up clumps of the damp earth in the path. His nose flares as he scents the air.

“Titus,” the other calls from farther down the path. “Let’s go.”

Your muscles tense as Titus continues to sniff around, his nose searching.

“That housecat,” Titus grumbles, “has been here.”

The second tabby re-appears. He scents the air as well and then shrugs. “Not here now. Let’s go.”

You relax when they turn and disappear. Bless Titan. Titus is a tenacious beast, but Titan only cares as long as he can see you in his territory. He takes his guard duties seriously and, to him, you’re only a distraction most of the time.

You wait a little longer, just in case Titus is playing a game and waiting, just unseen, farther down the path. Between the two, he’s the more dangerous hunter. But nothing stirs and you finally feel comfortable emerging from the azalea.

A light breeze ruffles your fur and you freeze. There’s a distinct odor. You sniff, much like Titus, with your nose high in the air.

Spinning on your haunches, you head back the same way Titus and Titan went until the odor leads you down a small side path that opens up into a crepe myrtle grove. The top of the trees are just starting to sprout new leaves from being trimmed in the fall and the grove is flooded with afternoon sunlight. 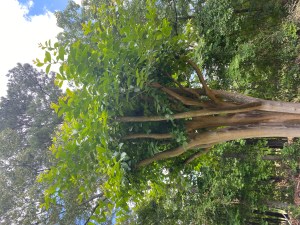 A new sound raises your hackles in a ridge before you realize it. You leap, hit the smooth bark of a myrtle, and scramble up into the new growth just as something waddles its way into the sunlight below.

“Not good. Not good leather,” the creature grunts to himself. His voice reminds you of the pet pig your girl tried to keep for awhile. It would root around in the dirt, snorting to itself. This thing’s voice sounds like that.

Your eyes narrow. The thing looks like a squat, round little human dressed in an orange shirt with blue overalls. It’s no bigger than you are! The breeze brushes your whiskers again and you about gag. Dirty feet, uck!

“Not good, not good,” the thing grunts again while it chews on something. As it comes closer, a growl rumbles low in your chest.

You were wrong. The intruder did take something from your girl’s room. It’s gnawing on the leather of one of her boots, having already warn a hole in the toe with its stubby teeth.

“Not good!” It huffs, grabs a rock, and throws it against a tree with enough force that the rock gouges out a chunk of the bark where it hits. With a satisfied grunt, it returns to chewing and heading down the path.

You refrain from pouncing on the thing. After seeing the tree’s damage, that might not be the best move. After numerous altercations with Titan and Titus, you’re more than use to winning bouts off of wits instead of brawn.

Maybe you should involve the two toms. They’re capable of taking the intruder out, but then, they’re also likely to shred the thing and that wouldn’t answer why it took your girl’s boot.

You could also follow the thing. That might give you other ways to take care of the creature and answer the why.

Thanks for joining in this new adventure! Leave your vote in the comments below and we’ll return next Thursday to continue in the garden.

(For more of my stories, check out either my multi-ending Adventure book, The Adventure, or my YA Fantasy novel, Quaking Soul, here on my Website or on Amazon.)