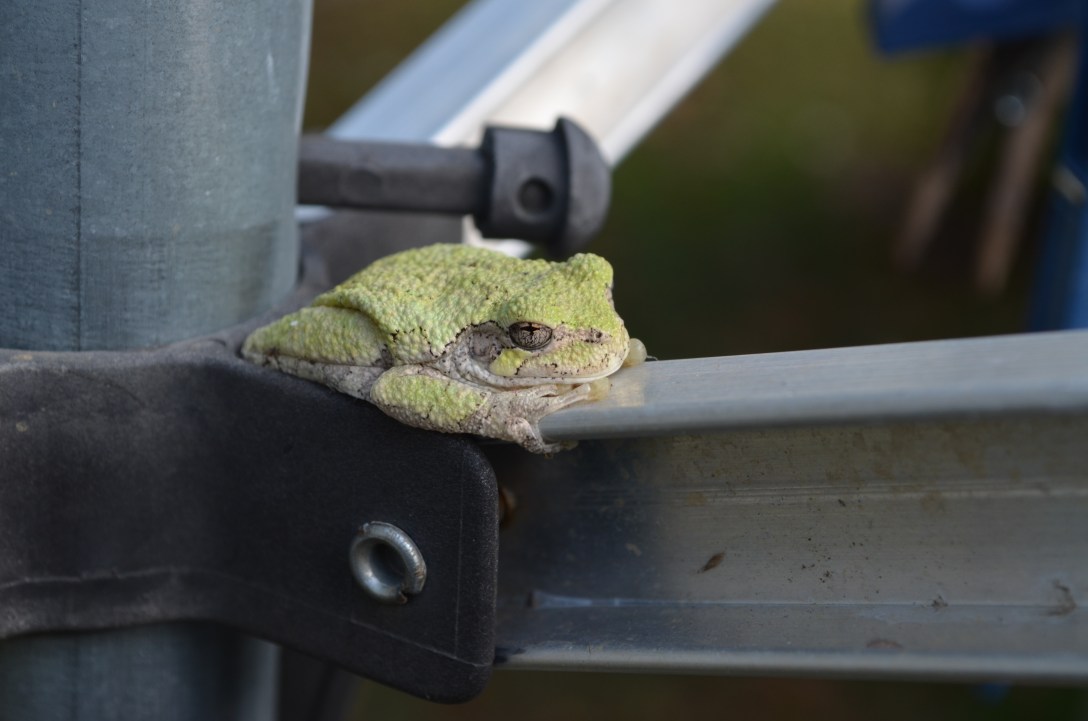 Welcome back to the adventure! If you missed the start of this story, you can read it here or here’s a quick recap:

You headed to the bank to deposit the money needed to buy a parcel of land outside of town and on your way it literally started to rain frogs. You’re in such a good mood, you shrug this off until four bank robbers wearing bulky clothing come into the bank. Oddly enough, the frogs that followed them in seem to be trying to chase them. You would have left well enough alone, except one robber took your money off the counter to add to their haul. Now you’re going to fight using the frogs.

You worked for years to earn enough for your little parcel of land and now this two-bit robber wants your hard earned payment. No way are you okay with that.

As he thumps toward you, you back up in a non-threatening gesture. With a start of surprise, you realize he’s shorter than you are, and you’re not a towering individual. The bulkiness of his clothing also covers broad shoulders and what looks like the bulges of bovine ears under his hood. While you watch, those bulges move warily.

Around his feet hop a couple of the frogs that followed the robbers into the bank. They seem to be trying to hop into the gap of his pant leg but he’s moving too much and they keep missing the narrow target.

His hand comes down on the counter with a thump to sweep the coins into his sack.

Instantly, you’re moving. You stoop down, grasp a squishy frog and pitch it into the robber’s face. 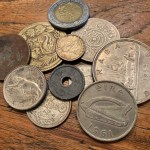 He screeches and drops the potato sack full of money. It hits the floor with a tinkling crash and glittering coins scatter in all directions. Meanwhile, the robber stumbles and his hood falls back.

You hear a gasp from the teller behind you.

Where the frog smacked the robber’s skin, steam rises and bubbles blister his flesh. He wipes at the slime frantically, trying to clean himself with his sleeve, but he gets slime onto his hands as well. His fingers start to blister and steam as well with a hissing like an egg dropped on a hot skillet.

You grab another frog and pitch it into his face, driving him backward. Two of his companions move up beside him and you start pitching frogs faster.

But there are four robbers and only one of you. By the time you have a chance to look around for the last man/ghoul/whatever thing, it’s too late.

He lands on your shoulders like two tons of brick and you hit the floor with an ugh!

How can something so small weigh so much?!

“More for the offering,” he says in glee, ignoring the smokey remains of the robber you managed to hit. The two others chortle in hissing, high-pitched delight.

While his companions gather up the fallen coins, he ties your hands behind you and throws an extra potato sack over your head. It smells musty like the potatoes it used to hold turned moldy.

Offering? You wonder as he forces you to your feet.

He pushes you forward and a moment later you’re outside getting hit by spatting frogs. Deluge is right.

Your capturers grumble but keep pushing you forward.

Stay Quite for Now?

Make Life Difficult for Them?

Leave a comment below with whichever option you like best. We’ll return next Thursday to continue this adventure.

(If you like Adventure stories, check out my book, The Adventure, either here on my Website or on Amazon.)