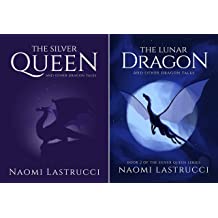 In general, we used to scoff at friendships made over the internet. How can such friends truly be friends when you couldn’t pick them out of a crowd? Or call them on the phone? Or even text them?

Yet, my sister has a long time friend who she met playing video games. They’ve become such good friends that, when this other woman got married, my sister went to the wedding.

And now with Covid, even those in the same town are often communicated with from a distance. And as a blogger, I’ve come to cherish those friends who I’ve known for years, but never met face-to-face.

One such friend contacted me last week, asking if she could include Quaking Soul in her next newsletter. I’d had it in the back of my mind to ask her for such support, but she beat me to it! And I love that I can support her in return by telling you about her own books. 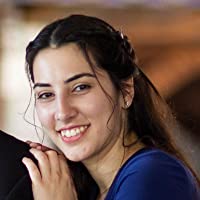 Let me introduce you to Naomi Lastrucci.

Like me, Naomi is making her own way in the publishing world. She has a Bachelor of Science in Biology and a Master of Science in Ecology but decided a while back to pursue her true passion of writing. She now freelances as a proofreader and editor while also writing her own lovely dragon stories.

I admire her dedication in getting her degrees! And I admire her even more for having the courage to pursue her passions. Since she started pursuing her writing, she’s published two books on Kindle. 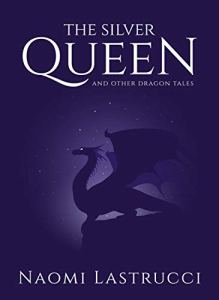 The first is The Silver Queen and Other Dragon Tales: A Collection of Short Dragon Stories. First of all, I love Naomi’s covers. If she ever prints these instead of just doing kindle, I want these covers on my shelf.

As for the first book, it contains three short stories that would be great to sit and read with your kids. Each story offers a different perspective for a young reader.

One story spins things about so that you see the story through the ‘villain’s’ eyes, and the villain’s reasons for fighting aren’t what you’d expect.

Another makes the reader see the pain behind the dragon’s ferocious actions and encourages working through fear instead of letting it control the way we treat others.

And the third story, for which this book is named, paints the pain and doubt we all face when we feel we don’t exactly fit in and then shows that the things that make us different can make us beautiful and unique. 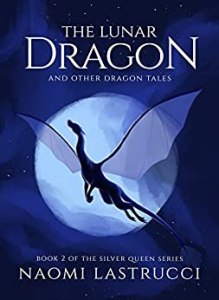 Naomi’s second book is a continuation of the Silver Queen. It’s titled The Lunar Dragon and Other Dragon Tales: Another Collection of Short Dragon Stories (The Silver Queen Book 2)

As with most writers, our voice develops the more we write and Naomi’s just keeps getting better.

Again, this book has three short stories—Flight, Deathly Fire, and The Lunar Dragon—my favorite happens to be Flight because Mama in the story is so real. Her fears, pains, and good heart come through and since the story is through her perspective, it makes the dragon’s struggles all the more imminent.

Deathly Fire continues the story of Alexander the boy and Severoth the dragon five years after the happenings in Beastly Pains from The Silver Queen. Sev reminds me of the grouchy old uncle who at heart loves deeply. This story brings into question what it means to be a good friend and to hold to your morals even when the consequences are painful.

The last story, The Lunar Dragon, focuses on the idea that it’s okay to be different. Faye, the main dragon, has a stubborn strength that I admire. Her character is well thought out and leaves the reader rooting for her when life presents her a difficult choice between helping someone and proving herself to her clan.

You can sign up for Naomi’s Newsletter to hear more about her writing journey. She just finished NaNoWriMo (short for National Novel Writing Month), which is a 50,000 word writing goal in the month of November. She’s also working on her next dragon book, The Last Water Dragon.

8 thoughts on “Let Me Introduce You”