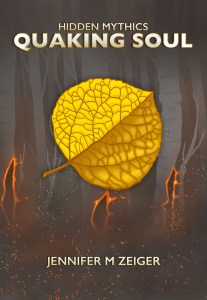 Lead In: Quaking Soul opens with Na’rina, a dryad or tree nymph, attending a mysterious meeting to find out what or who might be attacking the mythics (dwarves, fauns, dryads, etc.). She’s frightened to find out the wer-im, a species of were-cats who were banished centuries before, called the meeting. Their leader, the Wer-Kadis, insists the wer-im are not behind the attacks. He offers an alliance against whoever is behind everything.

Na’rina resists the alliance until her mother is kidnapped. Now she must make decisions that could affect the entire dryad nation, but without her mother, she has to try and protect her people.

Hours later Na’rina was leaning against the oak, listening to the murmur of the forest as it breathed in the night’s breeze, when, without a sound, the Wer-Kadis knelt beside her. Her heart beat double-time against her ribs as she made out the glimmer in his feline eyes. Anger simmered in that look, controlled but communicated through every line of his body. Na’rina shivered and the nearby trees shuddered in sympathy.

“Follow me.” Rolling to his feet, the Kadis ghosted from the clearing.

Na’rina flitted after him, responding to his command. She considered bolting, disappearing into a tree, but before she finished the thought, he appeared at her shoulder, directing her with a nudge here and a touch there, never more than an arm’s reach away.

Their path led to a cliff overlooking the ocean. Na’rina glanced down and noticed the boardwalk they had visited. Now, however, the beach sat empty. The Kadis sank into a crouch and watched the ocean crash onto the rocks. He seemed as distant as the dark roaring ocean, just as powerful, just as fierce. Na’rina hesitated before making herself kneel beside him, frightened anew by just how little she understood him.

“We’ve found him.” His husky words were barely audible over the sound of the water. 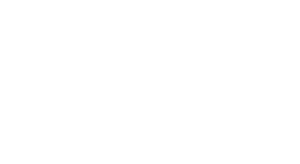 The Kadis’ reflective gaze shifted from the waves to her face. Na’rina swayed and then chided herself for still reacting from instinctive fear.

His eyes glimmered, thoughtful with dark emotions. He flashed a vicious smile before returning his gaze to the ocean.

“What do you see out there?” He flicked his fingers at the seething expanse. Even with the rolling of the waves the water glittered, reflecting the stars and moon. A few ships floated farther out, but she only knew that because of the faint glow from their lights. A human eye couldn’t pick them out at such distance.

“A few ships and stars.”

The lines on his face tightened and pulled up in what she was coming to think of as his pleased expression.

He pointed to a cluster of lights straight ahead from where they perched. “Those are three ships: the Observer, the Sansabria, and the Erstwhile. The Observer holds Silas. Our biggest obstacle to freeing him is the locks. Mechanisms much like what you opened today but they scan the whole palm. Breaking them sets off alarms and we’d be lucky to survive the venture, but if we can bypass the doors without triggering the sirens, getting Silas becomes easy as breathing.” The Kadis leaned forward, like he wanted to jump the distance between the cliff and the ships.

This is why he captured me? “You want me to help you rescue Silas—but you’re keeping me from saving my mother?” Na’rina couldn’t keep the incredulity out of her voice.

The wer-im tensed and she went still. She heard a low rumble, but it cut off as he rolled his shoulders. “Silas studied these humans. He knew they were going to attack. If anyone knows where Mona’rina might be held, it’d be Silas. He might know why they’re holding her and how to free her.” That reflective gaze shifted to her. “If he can’t help you, I’ll personally see you back to the Rockies.”

Back to the Rockies. He already knew where her grove was but a chill ran Na’rina’s spine at the reminder.

Think, Na’rina, think. She stilled, examining what she now knew. The Kadis needed her help. How would Mamma use this? Na’rina couldn’t figure why the old Wer-Kadis was so important, but clearly he was. She didn’t think the Kadis would tell her why. No point in asking. How can this help my mother?

Na’rina couldn’t help but remember the men who attacked her and the Kadis. She would encounter more attacks in attempting to rescue Mona’rina, but if she had the wer-im’s aid, she might succeed. Anxiety rolled through her but beneath it came a bright flicker of hope. The Dryad Council will hate this. She shuddered. But my personal cost isn’t important. From the corner of her eye Na’rina caught the Kadis watching her. In the dark, his eyesight was even better than her own and he watched her emotions flitting across her face.

“Not just back to the Rockies,” she finally countered. “If I help you free Silas, you help me free Mona’rina.”

That grin, that pleased, almost proud grin, pulled at his lips, revealing his long teeth. “Deal.”

Na’rina ducked her head, shocked to feel pleasure at his approval.

“Come. You need more practice with the device.”

Na’rina swallowed. I may have just agreed to my destruction. But she had agreed, and now, she had to try…

Thanks for stopping by! Quaking Soul is now available for pre-order here on the website and will publish Nov. 30th!