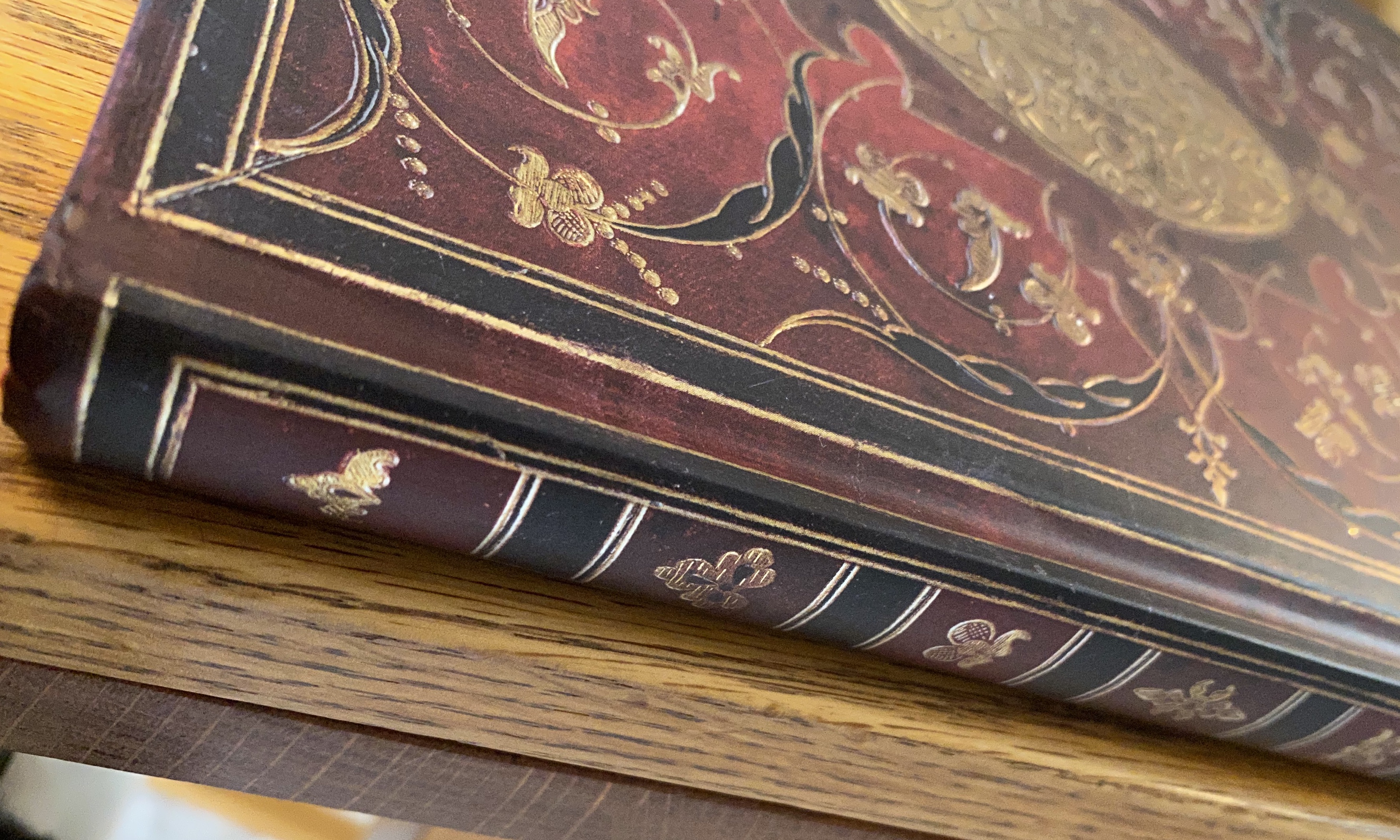 Welcome back for the second part of the Word Magic adventure.

If you missed last week, you can read the beginning of this adventure here.

Or, here’s a quick recap: You’re the King’s Word Keeper. This means you read every book there is and remember it for the King, but this also means you’re mute so you can’t use the magic that comes with reading the books. However, there’s an old librarian who has figured out that simply being around books gives her magic as well. You’re trying to find evidence of her magic when you come across books in her library that start disappearing. This is a sure sign she had word magic, but that it’s also unstable. You’ve decided to take a huge book called Titan Toes to show to the King as evidence.

Let’s see what happens next!

Although the book’s size will make it hard to carry, you decide to take Titan Toes because the magic in it might last long enough for you to reach the King before the book disappears. You slide your fingers under the heavy spine and pull it free of the shelf and the books sitting on top of it. As you fully take its weight, a tingling travels through your hands, up your arms, and into the rest of your body.

A silent gasp escapes your lips as the library whirls into a blur of colors and the floor shifts beneath your feet. You throw out a hand to brace yourself but the shelves don’t only look transparent, they feel like mist and you pass right through their wooden frames. And then the shelves, hardwood floor, and dusty smell of the library pages vanish.

You smell warm rocks and pine. Blinking several times, you sit up to adjust to new surroundings. The book is nowhere in sight but, if that wasn’t disturbing enough, you find yourself sitting amidst a jumble of rocks on the dry scree slope of a mountain. In the valley below, a forest swaths the ground in a frosting of green. The world feels…off, but you can’t quite put a word to why.

You stand and head down the slope toward the forest, hoping to figure out where the crazy crone has landed you with her unstable magic. It’s surprisingly easy going but as you draw nearer the pines, a sick feeling churns in your stomach. The forest, now that you’re close enough to see individual trunks, only comes up to your stomach in the same way a field of wheat would tickle your wrists. As you’re staring at this disturbing sight, the tree tops sway and crack against each other and then two dark brown heads appear from the foliage.

“Dang it, Ben,” one giant boy says as he crawls free of the forest, “we’ve been caught.”

“Caught? Who caught us?” Ben looks up from his hands and knees and frowns. “I’ve never seen you before.”

Sitting, the tops of the boy’s heads are below the crown of the trees. As they wait for your answer, you take in their dirt crusted knees and cracked finger nails. They seem rough, but there’s a directness about their expressions. You can’t speak, so you step forward and sit down with them. You shrug with your hands out in front of you to show you’ve got nothing threatening. They eye you with open curiosity but then Ben glances at the sky.

They lead you back up the scree slope to a cave on the far side. Only once you enter the cave do you see the cold fire pit laid out with unburned wood and two packs leaning against the wall.

“It’s not here. Did you put it under your clothing?” Miles starts to empty one of the packs with socks and shirts hitting the floor, but as they’re talking, you approach the cold fire. For a moment, one of the logs looked like it had words written across it. You flip the log over, thinking you saw the word fire, and a spark flares from your fingers into the wood.

With a startled grunt, you fall back on your rump and watch the flames take hold.

Curious yourself, you touch one of the yet unlit logs and think ‘fire.’ This time, you see the ink beneath your skin twirl around into the word ‘fire.’ It flows out of your fingertip into the log as a spark of flame and the dry wood whooshes alight.

A part of you agrees, but there’s another part that knows this is a terrible sign. As far as you can figure, there’s only one way you can actually do magic without speaking, and that’s if you’re in a world created by word magic, which means you’re inside something molded by the crone’s unstable power.

What happens if the book disappears with you inside it? How do you escape it? You’ve only ever heard stories about this that are told to scare people out of attempting to create their own word worlds.

“Hey,” Ben taps your arm and you blink out of your worried stare. “You want to escape with us? We’re headed out of the Titan lands by way of the pass tomorrow.”

Would that get you out of the book? Maybe. If you pass beyond the borders of what the crone created, it might land you back in the library.

Then again, some of the stories talk about a key required to escape a word world, and the most likely location for such a key would be with the giant’s matriarch.

Bb. Go to see the Matriarch?

Bc. Escape with the Boys?

Thank you for joining the adventure this week. Leave your vote in the comments below and we’ll return next week to see how this adventure continues =)