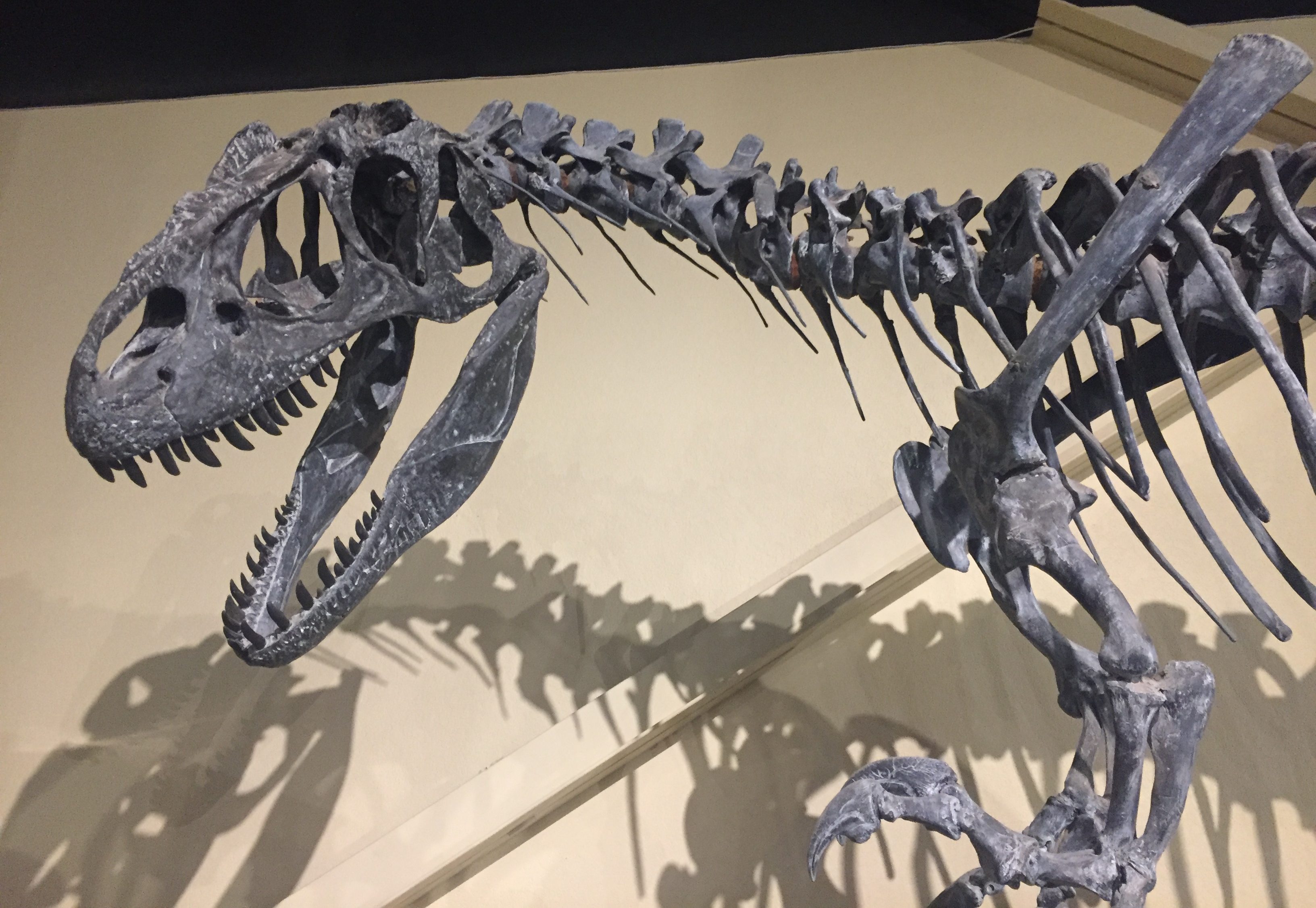 Welcome to the Oasis Disturbance adventure!

We are in the third week of this adventure, so if you missed week one and two, here’s a quick recap:

Week One: You rode into the desert oasis town of Caspian and received a rather cool welcome from the inhabitants. Red, the tavern keeper, agreed to allow you to sleep in one of his rooms if you promised to stay inside all night. You agreed, but midway through the night there’s a deep roaring outside and the ground begins to shake. Readers voted to go outside to investigate. (If you would like to read the start to this adventure, click here.)

Week Two: When you left your room, Red found you at the bottom of the stairs. He drags you to the back door of the tavern and shows you the destruction of his stables, which he blames on you. When you try to check on Opher, your horse, Red refuses to check with you, so you leave the tavern alone. Before you even reach the stables, however, a walking skeleton dinosaur catches you and asks you to rescue the Toad King so all the skeletons can return to normal. He says this will help your horse too. Readers voted to help Calvin, the skeleton dinosaur. (If you’d like to read week two, click here.)

Now, let’s jump into the next part of this adventure =)

“How does un-damning the lake help my horse?” you ask Calvin.

He hops from one foot to the other with a toothy grin. “If horse is hurt in the moonlight, horse becomes like me. Then you end up with a thirsty, dusty skeleton horse. By un-damning the lake, your horse’s injuries remain normal and she’ll heal like any normal flesh and blood. See, easy peasy. It’s all connected.”

You shake your head and Calvin takes this as you disagreeing with him when, in reality, you’re just trying to understand everything.

“Please help. I promise it’ll help your horse. I promise, I promi—”

“I finally figured it out!” Calvin says. “He kidnapped the Toad King and now we’re suffering the curse. We need to return the King to the lake.”

“Who kidnapped the Toad King?”

Calvin points one long claw behind you at the back door of the tavern. When you turn to look, you see Red staring with such an expression of fear, anger, and defiance that you take a step back.

“Why don’t you retrieve the King?” you ask Calvin as Red spins away to disappear into the darkened interior of the tavern.

Calvin spits his disgust. How he does this when he has no tongue, you don’t know, but you’re pretty sure he hawks a loogie that kind of looks like a tumbleweed. It blows around in the dust of the tavern yard.

“Once a skeleton, all indoors are denied to you.” He reaches out a careful claw and touches the skin on the back of your hand. “Skin,” he says simply, and then grins his delight.

This time Calvin palms his face, making the bone of his hand scrap on his brow ridges. “Don’t you know anything?”

You don’t answer that. Why should you know anything about a Toad King, a curse, and walking skeletons?

“Sheesh,” Calvin exclaims. “Anyone who has the Toad King has his luck.”

“Doesn’t seem like good luck to me,” you comment with a gesture at the rubble of the stables.

Calvin grins and waves a claw like a teacher would at a smart point made by a student. “There’s always a catch. The Horse’s Shoe is doing great and even the damage Rex did to the front of the tavern tonight will be gone by morning—that’s how I know Red’s the one holding the King—but now Red’s stuck with night terrors every night. While he holds the Toad King, he can’t be harmed by anyone, but as soon as he puts him back, people can take whatever retribution they want for this nightmare.” Calvin shrugs. “He’s in trouble either way.”

Considering there’s a T-rex wandering down the road and you’re talking to a tongue-less skeleton, you can’t really argue with Calvin’s logic.

“What am I looking for?”

Calvin’s description of a large toad in a jar can’t be that hard to miss, right? As you walk back into the tavern’s dark kitchen, you’re running over all the possible places the tavern keeper would keep just such a jar.

You needn’t have wasted your brain power, you realize, as you step into the tavern and find Red standing at the far end of the bar with a shotgun aimed your direction. He’s holding the pistol grip because he only has one hand free. Under his left arm is a large jar with a green and yellow, wart-covered toad inside.

“You’ve already got trouble,” you say without thinking and Red growls at you.

Besides his description of the toad, Calvin also gave you a couple suggestions on how to approach this situation. One, he thinks Red has an addiction to licorice candy because he pays exorbitant prices to have it shipped into town. The talking skeleton even came prepared and handed you a small package of the stuff. It’s sticking out of your right back pocket in case you need it. Calvin surmised you might be able to bargain for the Toad King because the skeletons have been destroying every shipment of licorice for the last month.

The other option presented was to appeal to the Toad King himself. Apparently the slimy creature isn’t without some power even when he’s being held in a jar. If he’s motivated enough, he might choose you as master over Red. Again, Calvin suggested sweets but this time he figured chocolate covered crickets might entice the Toad instead of licorice. A small packet of crickets is tucked into your left back pocket.

With the shotgun pointed at you, you don’t have a lot of time to debate your choices.

Thank you for stopping by this week. Leave your vote in the comments below and we’ll return next week to see how this adventure ends.