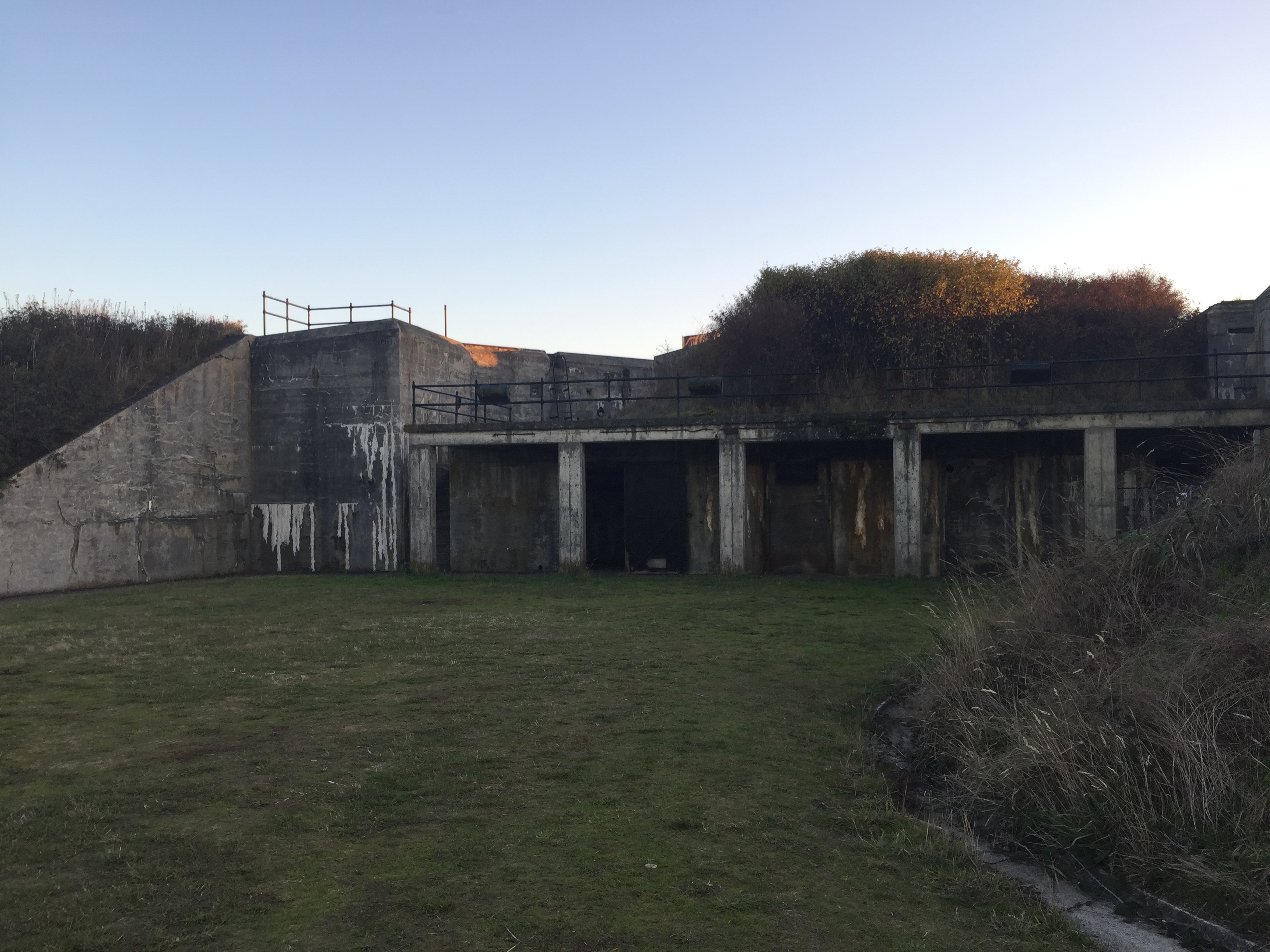 A new adventure awaits you! Let’s jump right in and see where it takes us.

You stop mid-step. The shout fades until only silence surrounds you but you’re sure someone just hollered from within the old fort.

With a slow turn, you look back at the barracks of the war monument. The park ranger is shutting the gate and you’re one of the last people to leave as the sun sinks behind the concrete walls of the fortress on the river. You spent the last several hours exploring the dripping tunnels of the place, enjoying the history described on the small placards placed throughout the monument, but now that dusk is quickly laying its fingers across the place, you don’t really want to hang out.

This time you’re sure it’s a man’s voice, echoing out of the fort. When you glance back toward the gate, the ranger’s swinging it closed. It’s not a big deal. You’re parked on the other side and there’s a footpath for visitors to bypass the gate on foot, but with the clank of the metal latch sliding home, it becomes chillingly clear that you’re the last one in the park and the ranger didn’t hear the voice.

“Hello?” you call into the fort.

Unlike with the echo, your voice doesn’t seem to travel far into the structure.

Intrigued, you retrace your steps to the closest, heavy metal door into the barracks. It’s cracked open, so you duck your head through to peek inside. Beyond is pitch black, so maybe the man is talking about needing light to get out. Maybe your phone light with work. You switch on the built-in light on your cell phone, and squeeze between the heavy door and the wall to enter the damp room beyond.

You stumble. Not because your foot catches something but because the world around shifts with a stomach jarring blur. After blinking half a dozen times, your vision clears and you give a surprised gurgle in your throat.

The light in your hand is no longer a phone but a heavy, old-fashioned flashlight. Instead of a pitch-black barracks room, you’re surrounded by metal-framed beds covered with thin mattresses, and along the ceiling hang lights with metal cages around them.

This time your ear tunes into the source of that echoing voice. On the far wall is a small, hollow tube. From it comes the voice like in the child’s game played with tin cans and a string except it actually seems to project the voice into the room.

With five strides, you stand before that hollow tube. “What?” you ask into it.

To the left of the tube is a dark hallway. You know from your earlier exploration that at the end of that hallway is a ladder up to the observation deck that gives a clear view of the river beyond the fort.

Curious, you head down the hall, passing a man who’s lighting the stove in the small kitchen on the left just before you head up the ladder. It’s kind of a relief when your head emerges into the cool night air at the top. Unlike with your earlier exploration, however, the fort is alive with activity on the observation deck.

Seeing you, a man shouts, “what orders?”

Instantly, the man translates this into, “BOAT!” His shout sends the hive of activity into chaos as men scamper to respond.

It’s only because he points that you know what he’s talking about. To the left on a high platform sits a lighthouse with a massive, unlit lantern inside. When ignited, the mirrors around it allow a person to shine a solid beam of light across the river.

Responding to the command in his voice, you scamper off the last rung of the ladder and toward the light tower. About halfway there, you realize you’ve only your small lighter in your pocket to work with.

On instinct, you reach into your pocket and find, just like your cell phone-turned-flashlight, the light in your pocket is now a rattling box of matches.

The lit wood stove in the kitchen below flashes through your mind. You could run below for a brand from the stove or you could try the matches in your pocket.

As the choice looms before you, movement out on the river catches your eye.

“It’s a Jolly Roger,” says one man closer to the observation deck railing. He cups a hand around his ear and, as you listen, you hear the sharp snap of a flag being caught by the wind.

Do you light the lantern with…

A. A brand from the kitchen?

Leave your vote in the comments below. We’ll return next Thursday to see if you get the light tower lit before the pirates pass the fort.

Thanks for joining this adventure!

15 thoughts on “Fort and Light”