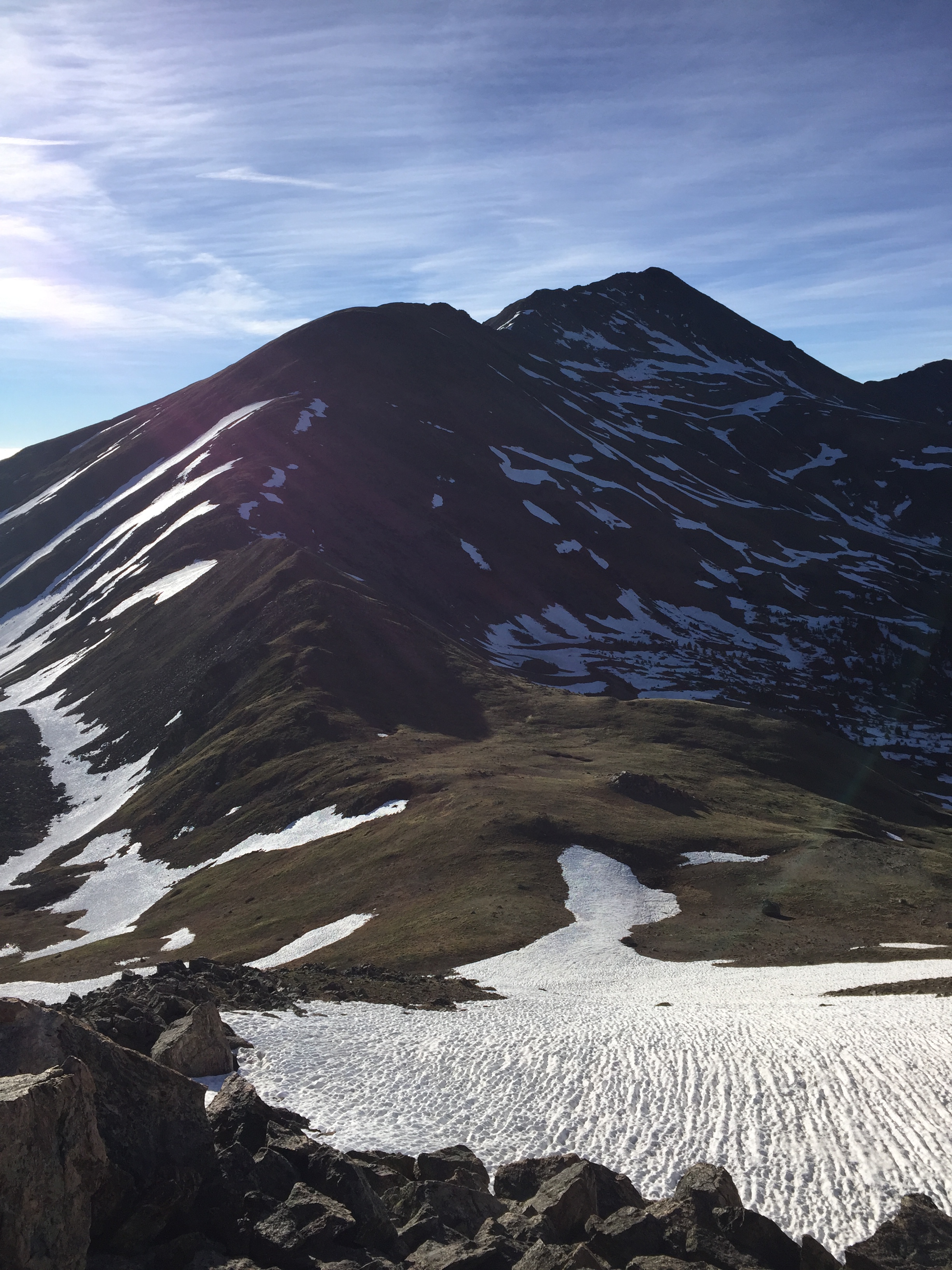 In Colorado, there’s this thing that people do. It’s called hiking 14ers. Let me explain. The Rocky Mountains run through the state and gift it, if you will, with more than fifty peaks over 14,000 feet. (There are over 500 13ers, but we won’t even go there today.)

So you see, there are these towering peaks in the backyard and it’s almost expected that you’ve hiked some of those giants, especially if you’re a native. Some people even hike all of them, but now I’m getting off topic.

I’ve hiked maybe a half dozen 14ers. If you have too, then you might be familiar with the term ‘false summit.’ If you’re not, picture this, you wake up before the sun is even a hint in the sky and start down the trail toward the mountain. As the sun rises and you leave the tree line behind, you see this domed shape up ahead. Although your lungs burn and your legs ache, you smile because you can see the top.

Over the next hour, you keep glancing at that towering dome, just picturing the view from the top. When you give one last push against the altitude to summit, a sinking feeling starts to build in your belly because, as you crest the crown of the dome, it’s not the tallest thing around. In fact, on the far side of it is a narrow ridge and at the other end of that ridge is what, in reality, is the 14,000 foot summit.

This is a false summit. It’s all you can see until you top it and so you think you’re about there, but when you actually reach that spot, you realize there’s another hours’ worth of hiking ahead to reach the destination.

Why do I tell you all this? Because I’m on that false summit with Quaking Soul. I’ve pushed to edit it and make it the best I could. After seeing the final personal edit, it felt finished. But now the beta comments are back and I see the ridge connecting my latest draft to the rest of the mountain.

There’s a lot of work ahead and it’d be super easy to get discouraged, but I’ve found in climbing mountains and in writing, that this is one of the most exciting times of the process as well. This is where you start to climb above everything else and the magnificent expanse of the world rolls out before you with the crystal clarity of thin air. This is where the story truly starts to shine with those jewels that only existed in the writer’s head when she began.

It’d be easy to crest that false summit and turn around thinking, ‘This isn’t worth it.’ But oh boy is it worth it! For me right now, it’s time to press on to edit again. Whatever it is for you, I encourage you to do the same.

On a side note, I do have an adventure for this coming month set up. So I’ll see you next week to go exploring =)