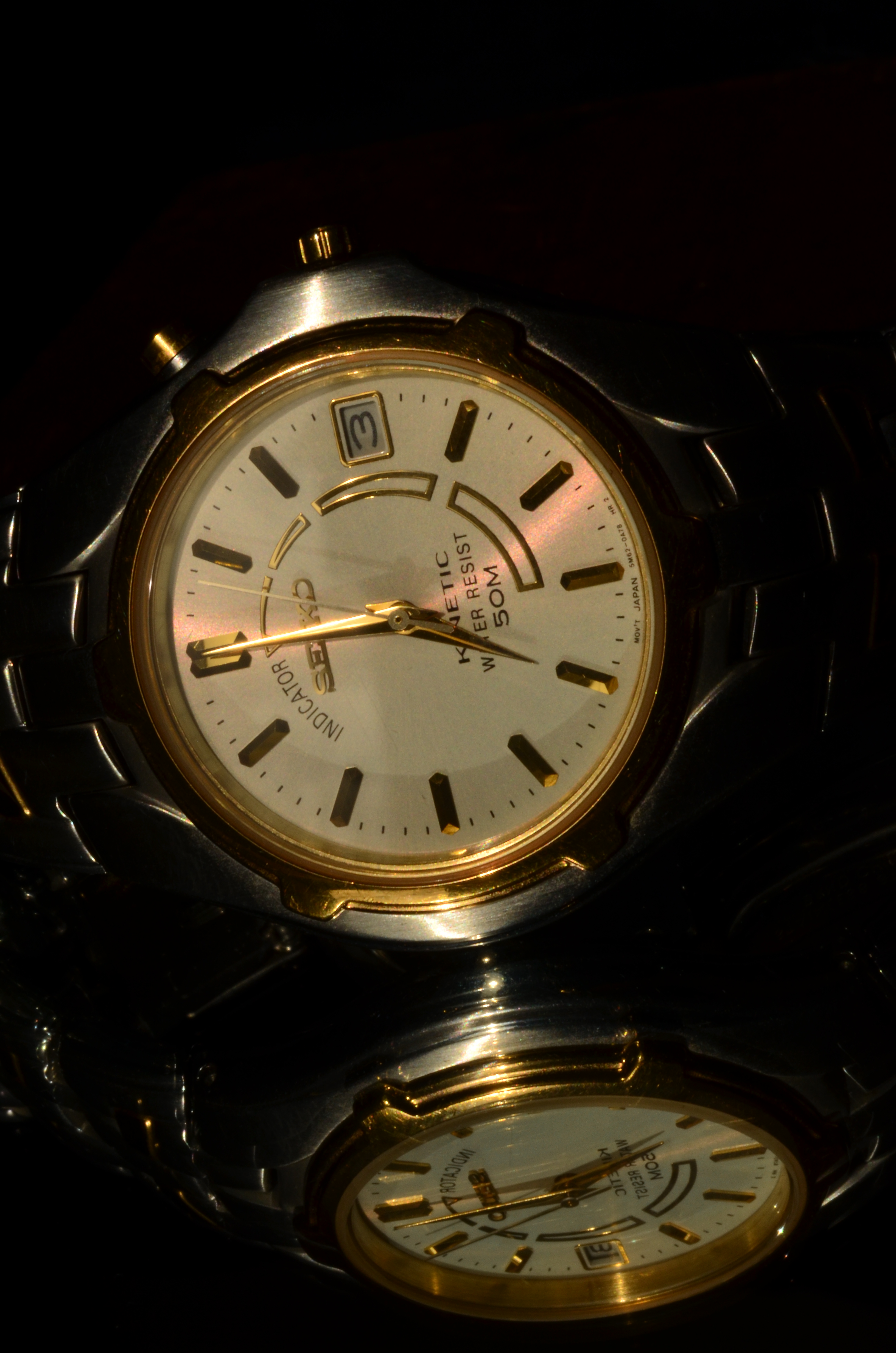 It’s time to see what happens when you pitch the coin clock the king gave you. Let’s hope you don’t need it later!

If you’re just checking into this adventure, here’s a quick overview of what’s happened so far:

You were caught steeling bread. The king sentenced you to seven days in the crystal pits and gave you a tiny coin clock that counts down your sentence. It’s unlikely you’ll survive the pits alone, so when you meet a strange young man who sounds old, you hope he can help you survive, but he tells you to pitch the small clock before following him. Reader’s voted to pitch the clock instead of hiding it. (If you’d like to read the beginning, click here.)

Crystal Pit of Time Option A: Pitch the Coin

Over the scrap of the man’s peg leg, you can hear the ticking of the little coin clock as you hold it on your palm. There’s a reluctance to toss it in the middle of your belly, but the strange man isn’t waiting for you to follow, and he’s likely your best way to survive the pits.

You pitch the coin back down the tunnel and it pings off the white stone wall. Then you hurry to follow the sscrraappp of the man’s peg leg. Just as you catch up, the pit shudders. You brace a hand on the wall.

“Earth quake?” you ask, surprised because you’ve never experienced one before.

The pit gives another heave and then, from the tunnel you just left, there’s a thud and a gust of dry dust whooshes toward you.

“Pit worm?” you cough as an odd rush of warmth travels through your body. When the dust dissipates, you see the man covered his nose and mouth with a handkerchief.

“They’re smart,” he taps his wooden leg, “and dangerous. They’ve figured out that there’s usually a tasty human carrying that lovely ticking device.”

A cold shiver travels down your spine as you realize the pit worm just ate the small coin clock.

“Come on,” the young-looking old man says, “come meet the others.”

You follow him through another open part of the pits, instantly becoming drenched in sweat as the sun bakes onto your skin, and then beyond into a deeper cavern that doesn’t open into another pit, but sinks into the ground into a tunnel at the far end. After leaving the scorching sun behind, the sweat chills on your body and you shiver again.

The man doesn’t even pause as it grows darker. You steady yourself on the wall and follow the sound of his leg scratching against the floor. There’s a thud, and then light floods the tunnel to reveal the heavy metal door the man just opened.

“Andrew,” a woman’s voice calls in greeting, “did you find the new comer?”

“Sure did,” Andrew answers as he encourages you to enter with him.

Beyond the door, you stop in surprise. It’s a large house of sorts. Over a dozen people sit at a long table in the center of the room. Just past them is a kitchen with a metal vent pipe jutting into the ceiling for the cook fire below. A large cauldron bubbles over that fire with what looks like porridge.

Around the walls hang drapes obscuring the entrances into several other rooms. You wonder if these are where the people sleep.

“Come,” the woman who first spoke jumps up, grabs two wooden bowls and slops some breakfast into them. She sets them on the table for you and Andrew and everyone slides down the long bench to make room for the two of you to join them.

Your stomach rumbles as you rack your brain for the last time you ate. It’s then you realize the bread that landed you in the pits was your last meal.

“Where’d you visit in the library?” the woman asks.

You look at her in surprise as everyone pauses to hear your answer.

“Everyone here was sentenced to the pits the same day they visited the library,” Andrew explains. “Lily’s got a theory about it. She’s been narrowing down what subjects the king doesn’t want people to study.”

Lily waves that away with a hand. “Doesn’t matter. What area did you hang out in?”

Leaning back, you picture the shelves that surrounded you that day in the stacks. With the rain, the smell of moisture and old dust had been particularly strong while you wandered.

“Science and history for a little bit but then one of the librarians rolled in with a cart and shooed me out since I was dripping water,” you say. “I wandered farther back. There was the modern technology section, mathematics, and then I think ancient technology and magics.”

“Hah!” Lily slams her palm against the table. “There it is again! We need to go look, Andrew.”

“Look?” you ask around the bite you just took. Although the flavor of the porridge is rather bland, your mouth waters with excitement over having something to eat.

Andrew rests his arms on the table with a long sigh. This is clearly not the first time they’ve discussed this.

“We have access to the city,” Andrew says in explanation, for the moment ignoring Lily. “We can get into the library but it’s risky. Lily here thinks there’s a link between the king’s clock, that big one on the wall that spins out of whack, and our coin clocks, and the answer might be in the ancient technology and magics section of the library.”

You frown. “Why do you think there’s a connection?”

“Guess how old Andrew is?” Lily bursts in.

“Umm,” you stall. Andrew’s voice always warbles like an old man’s but his face is still young. There’s just the hint of wrinkles at the corners of his eyes but they’re developing, not deep. But now that you can clearly see him, you can also see his hands, which look as papery as the king’s did. “I’ve no idea,” you admit.

“He’s twenty eight,” Lily says, unable to wait for Andrew to fill you in.

Andrew holds up his weathered hands. “This was the first sign,” he says, “that something was happening. I held onto my coin clock for the first year of my sentence, avoiding the worms by shear luck at first, and then by the tremors of their digging. I finally figured out how they were following me and tossed the clock. As soon as I did, my accelerated aging stopped.”

“He warned us,” Lily gestured around the table, “so most of us don’t show the same wear he does.”

The porridge in your mouth suddenly tastes bitter. You gulp it down.

“You want to figure out what happened by getting into the library?” you ask with a motion of your spoon at Andrew’s hands.

“I say,” another man farther down the table speaks up, “that we sneak into the throne room instead. I’d like to get that giant clock off the wall and take a look at it. We know for certain it’s connected to our coin clocks because Lily saw the king pull her coin out of the bottom of it.”

“But how does it work, Simon?” Lily asks the man. This is clearly another discussion they’ve all been over before. “Just looking at the clocks probably won’t tell us.”

“Looking at books might not tell us either. We don’t even know what book we’re looking for,” Simon counters.

“What do you think?” Andrew asks you. “It’s been a while since any of us have snuck into the city. Perhaps your recent time there could help.”

They all look at you where you froze with the spoon half way to your mouth. You take the bite of porridge to give you a second to consider.

Aa. Sneak into the throne room?

Ab. Sneak into the library?

In the comments, vote for how you’d like to proceed. We’ll be back next Thursday to continue this adventure.

18 thoughts on “Crystal Pit of Time Option A: Pitch the Coin”