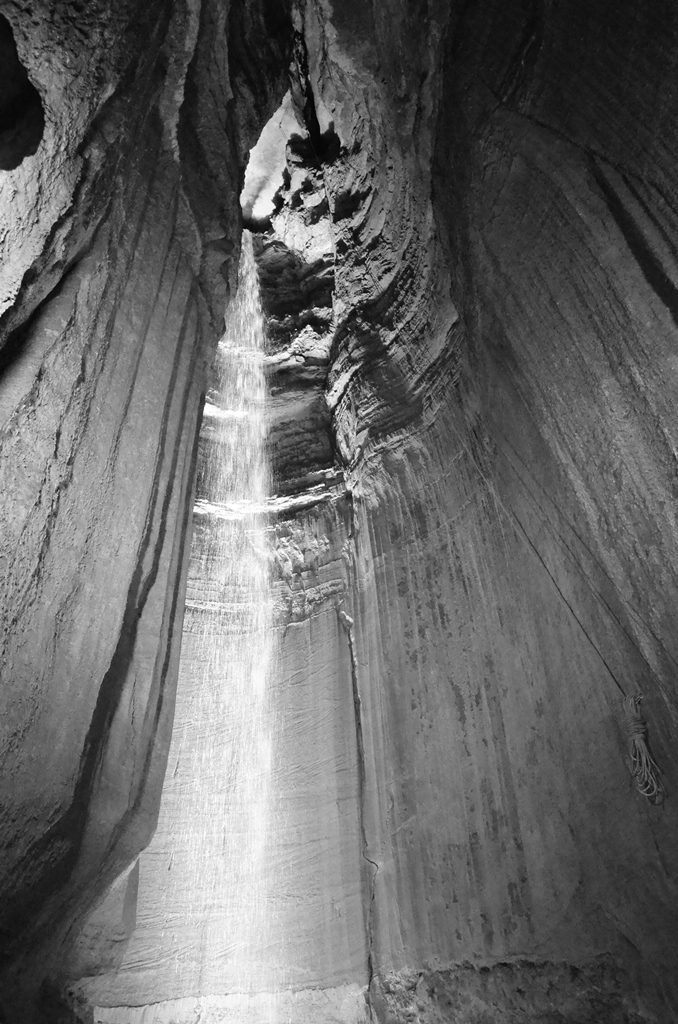 All right! It’s time for a new adventure. Let’s dig in and see what happens =)

From past experience, you know that’s how long it will be before your feet hit the ground.

As you fall, you hold your coat tight to your sides to keep the wind from slapping the leather up against your face.

You bend your knees slightly to help absorb the impact you know is coming.

The walls of the tunnel, a vertical shaft leading from the forest floor above to the chalk caverns below, race by you, faster and faster, in a wash of white and red.

The air’s changing. It’s no longer cold and crisp with a hint of snow but damp and earthy like wet clay.

It’s growing dimmer, the sunlight from above only faintly touching the walls.

There’s a grunt from below. Markus touching down just a second before you do. The rustle of motion tells you he’s already rolled out of the way to allow for your own landing.

Shock hits your knees as your feet hit earth. You tuck into a roll that carries you over your right shoulder and back onto your feet, away from the floor directly under the shaft. You run off your extra momentum with another five steps. Behind, there’s an ‘oomph’ and the shuffle of someone else landing.

Jama, the third member of your team runs to a stop beside you.

In the dim light from above, her narrow face looks pinched, hollow in the cheeks.

“Here,” Markus calls from the darkness ahead. “There are two tunnels. One must lead to the catacombs. The other heads toward the river.”

“Which direction would a murderer like Stevano run?” Jana wonders aloud.

“Any indication?” you ask Markus as you join him in the dark.

His silver eyes glint, two metallic circles in the hulking shadow of the hunter’s crouched figure. He scans the floor with those night seeing eyes and then shrugs.

Leave your vote in the comments below. We’ll return next Thursday to see where this adventure takes us.