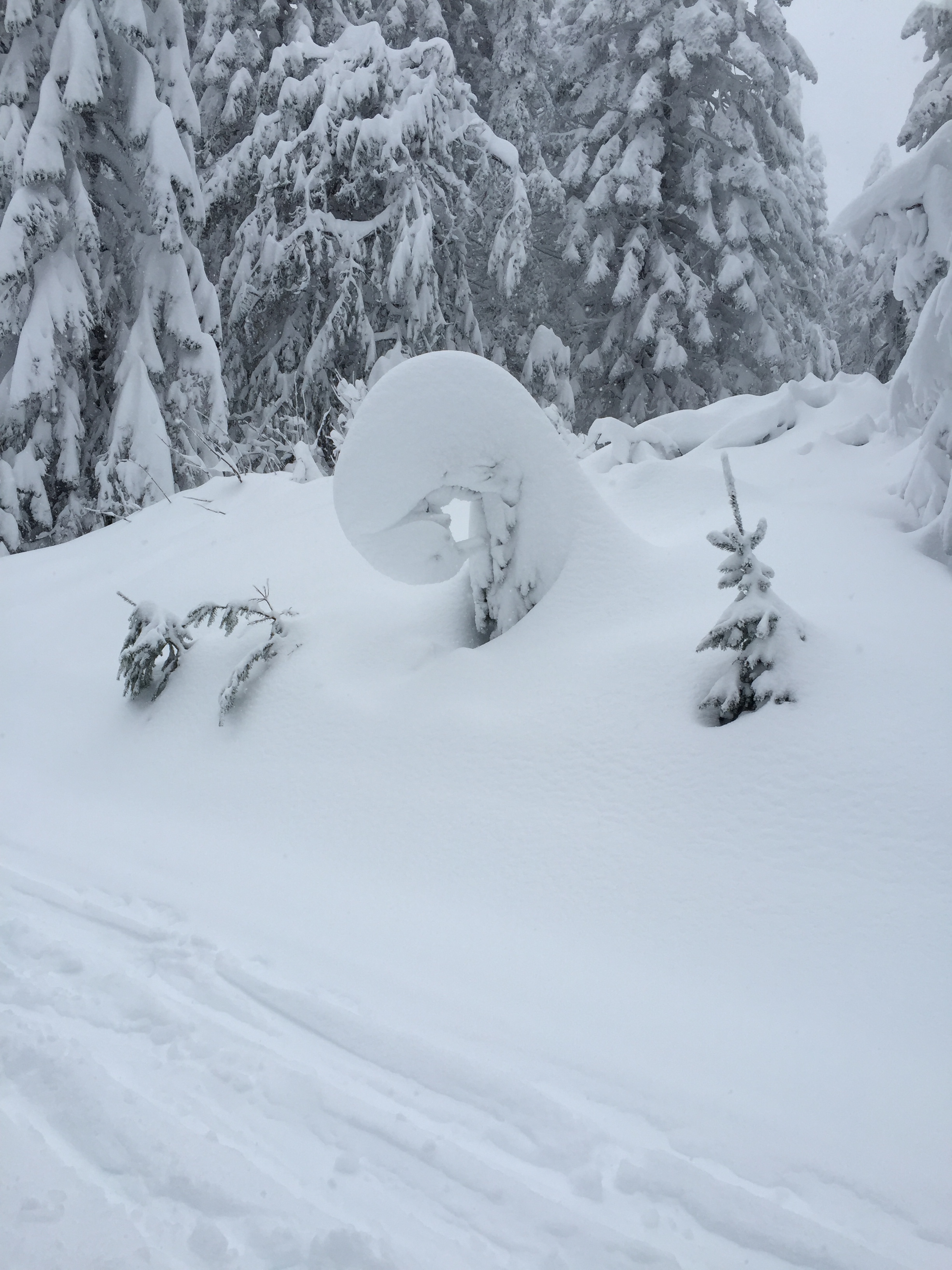 This story started last week. If you missed the beginning, you can read it here, or here’s a quick overview.

Recap: Em traveled to snow troll territory to find a man named Jimmy Wilkes. She presented him with a green debt gem that her mother earned by saving his daughter years earlier. Now, in calling in the debt, Em is asking for a snow troll’s heart to save her mother from the poison she got from being scratched by a troll. The poison is driving her crazy. Mr. Wilkes has agreed to help if Em is willing to hunt for a troll with him.

Let’s see what happens next:

Heart of Ice and Fire Part 2

It hadn’t crossed her mind that whatever needs to be done included burying herself in the snow up in the mountains. Not only did she have to be out in the frigid cold, she had to bury herself in it.

Wilkes insisted this was the best way to catch and kill a troll. It would smell her beneath the snow and hunch down to dig. With the beast focused on digging, Wilkes could sneak up on it with a barbed spear. An arrow would only lodge in the heavy skin and a sword could be pulled free too easily.

Because of what she wanted, he couldn’t puncture the heart, he had to take out an artery or puncture the lungs. A risky venture due to the time it would take the troll to collapse.

The old man gave her two long daggers to hold while waiting as bait. He instructed her to stab at the sensitive insides of the paws if the beast got too close.

“What about a horse? It’d make a bigger meal.”

“They dislike horses, and donkeys, and cows and even chickens. They’ll eat a cat or dog, but you won’t find such creatures around here. We need a human for bait. Know anyone else willing to fill your shoes?”

Em couldn’t think of another option. She shuddered and tried to still her out of control heart. Mama, you’ve rubbed off on me.

Snow crusted around her mouth where her breath hardened it to ice and a ringing settled into her ears from the silence. Wilkes assured her this wouldn’t take long but now she had no way of estimating the time and the press of snow seemed to grow against her body.

A concussion to the snowpack brought a groan from Em’s throat. The snowpack tightened around her and then a scratching sounded above her.

Em tightened her hold on the daggers. Wilkes buried her deep but a troll’s claws measured somewhere around five inches long. With that kind of digging power, it wouldn’t take long for the beast to reach her.

Come on, Wilkes. Em waited for the troll’s scream, waited for any sign of Wilkes attacking the beast digging for her. But the scratching continued. Light appeared in the crust above her and with it came frantic movement. Long paws pulling at the layers of snow. Still no scream. Where was Wilkes?

The troll’s claws dug deep. Then it hesitated and, instead of digging like a dog, it sank its claws in from the side, shoving them past Em’s torso in the snow. She tried to twist, to bring the dagger around at that paw, but the snow still held her tight. Then the claws closed around her, pinning her arms to her sides, and the troll lifted her completely free of the snow.

A scream struggled in Em’s throat but those claws held her tight and air just wouldn’t move in her lungs. A long snout greeted her with teeth the length of her fingers. White fur framed the drool hanging from the beast’s red lips.

The teeth didn’t bother her so much. One bite and she’d be done. But the claws holding her were another matter all together. Within those sharp daggers waited the troll’s poison. One scratch and she’d be climbing the curtains with her mother, raving about the deep blue ice and fire within every soul.

She met the troll’s eyes. They held her gaze with intelligence as deep as the sea they resembled. Huge irises constricted and then widened as she didn’t look away.

The troll harrumphed, showering Em in a cloud of breath that stank of rotten fish.

“Ugh,” she coughed. “Ever think of brushing your teeth?”

The troll pulled back its red lips, displaying said teeth in a wide grin. And then it harrumphed again and Em gave an “ah, yuck!”

A deep rumble started in the troll’s chest and then escaped its throat in a gargling laugh.

Then it started running, with Em still firmly held within its claws.

Two things rattled Em’s brain as she bounced with the troll’s long, heavy strides. One, the troll understood and had a sense of humor. And two, she spotted Wilkes standing within the trees where he was supposed to be laying in wait for the troll. A grin split his wrinkled face as he watched her being carried away.

The troll had carried her back to a cave in the mountain pass. It stank of fish and troll but blocked the wind from the outside. Em figured she’d adjust to the fish and troll smell for a chance at some warmth.

After surrounding her in boulders too big for Em to move herself, the troll disappeared. The boulders didn’t meet perfectly around their edges, so Em could make out the cave beyond, but the troll had done its job well. She couldn’t fit through any of the cracks.

Em spotted the faint flicker of a fire deeper within the cave. It cast dancing shadows on the far wall. Trolls making fire? She’d never heard of such a thing.

Just beyond her prison lay a jumble of artifacts. Clothing, jewelry, crushed furniture and pottery. Em shuddered to think of who those items used to belong to. Would her clothes join that pile soon?

A thudding announced the return of Ms. Troll. Em decided it had to be female. She saw no indication of male parts, thus female troll.

The beast sat on one of the boulders and set a dead rabbit into the prison with Em.

Ms. Troll grinned, dripping saliva onto the floor, and pointed at the rabbit like she was giving Em her prized toy.

Ms. Troll snorted and sent snot flying. Em reconsidered spitting on the floor. It might not be so rude considering her hostess.

Ms. Troll didn’t take the rabbit away. She reached for the pile of human debris and gathered the remnants of a chair. Placing those into a neat pile within Em’s cage, she meandered away only to return with a small flaming brand from the fire deeper within the cave.

That brand flared so hot that simply laying it on the gathered wood made it all burst into flame on contact.

Em jumped back and then, realizing the warmth radiating from the fire, she moved forward with glee.

Ms. Troll grinned and wandered away, satisfied with her accomplishment.

Em waited for her to disappear into the cave before skinning the rabbit with one of her daggers. The small weapons didn’t even give the troll pause. She simply eyed them before placing Em into her cage earlier and shrugged when she pricked her paw with one while she inspected it.

So much for having a weapon against the beast. No good, low-life Jimmy Wilkes. Em spit into the corner and laid pieces of the rabbit onto a rock beside the fire.

To Be Continued Next Thursday….

Thanks for reading this week!