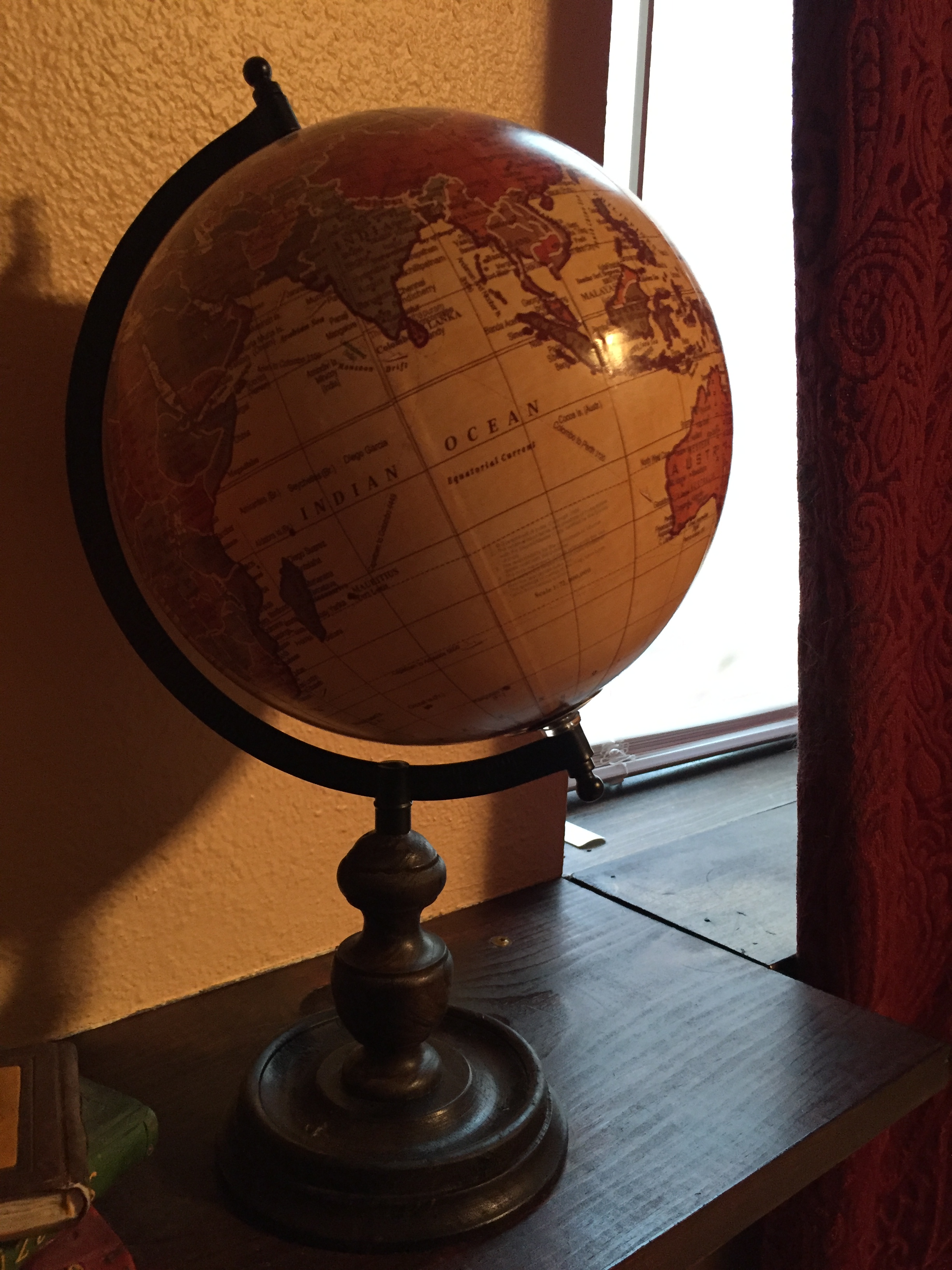 Although the dragon might gain control over you, you’re about to let her communicate with you. Let’s see if this goes horribly wrong or thankfully right for you.

The taste from your dream, that sweet water from the life fountain, fills your mouth as you raise a hand toward the dragon’s brow.

You hesitate just above the beast’s scaled head. It’s such a refreshing flavor that you feel it invigorating your limbs, bringing clarity to your sight, and calming the ache your body harbors from your hike the day before. And that’s just from a dream. What would the real thing do?

The dragon summons you again, and the flavor on your tongue shifts from sweet water to tangy, almost bitter oak.

You lay your palm again the dragon’s heavy brow ridge. The world shifts. Relief, so poignant you feel tingles through your spine and legs, almost brings you to your knees. It’s not your relief, but the dragon’s, and it’s almost too intense for your comparably small body.

The dragon, Elmana by name, reigns the heady emotion in. An image fills your mind of two silver and blue dragons swimming in a lake. One’s the fully-grown dragon you’re now touching, the other is a much smaller creature.

The affirmative about knocks you over. The fear for her child is too much for Elmana to keep from bleeding through her control.

What about the fires?

You’re fairly certain Evan wasn’t lying about the forest fires but now that you’re in contact with Elmana, you’re struggling to see her start such a large fire intentionally.

A new image fills your mind. Mother and child are flying. Elmana gives a small burst of flame into the air and her child tries to copy her. It doesn’t work. The smaller dragon slumps and looses altitude in his disappointment. Then, in a burst of determination, he spurts a tiny gout. His timing proves terrible. With his loss of altitude, the flame hits the tree line on top of the cliffs instead of firing harmlessly into the air.

Elmana quickly douses the flame at the top of the tree by taking a mouthful of water from the ocean and spitting it onto the tree, but her implication is obvious. She hasn’t always been able to contain her child’s practicing.

The image doesn’t stop, however. Elmana continues to fly with her child.

You see movement below on a huge oak tree at the top of the cliff.

Within the tree’s bark you spot two familiar deep brown eyes rimmed with green. They glance about and then a leg emerges from the tree’s trunk. The leg’s skin is bark like. An arm emerges next and then the torso of a lithe creature with wild, leaf like hair.

The creature inspects its surroundings and is immediately drawn to the burned tree. It scales the tree to look closer and then casts a hate filled look at the dragons.

Your breath hitches. You’ve never encountered one of these but all of the pieces start fitting together.

Elmana crones her affirmative. You jerk back and lose contact with her forehead.

The villagers hesitate, startled by the dragon’s vocalization. Then they return to stacking ladders against her sides. Although her communication seemed to take minutes, you realize it’s only been a second or two since you touched her forehead.

Elmana’s deep purple eye watches as you put the pieces together. From what you know, usually tree nymphs are peaceful, but if they start on a vendetta, they’re ruthless. Your dream now makes sense. The oaky flavor when you woke is a clear sign of influence from the nymph.

It’s controlling the people. And it won’t stop at Elmana’s death. It’ll go for her child next. Plus, it won’t care if the villagers die in the process. They’re just pawns in its game now.

A sense of rightness fills you. You’re a monster hunter, and now you’ve found your monster.

Elmana snaps her teeth together. You jump back but then realize she’s no longer focused on you. She’s staring across the river at the tree line.

Laying a palm against her brow again, she shows you the nymph in the trees, watching the villagers carry out its bidding. She then shows you how far her flame would carry if she tried to kill it from where she’s tethered.

Her flame can’t reach that far.

You’ve never fought a nymph, but you know your only chance of killing it is very hot flame or chopping down its tree. You don’t even know which tree belongs to the nymph and you don’t have time to figure it out.

So instead, you need Elmana’s fire.

Don’t burn the village to the ground.

Elmana huffs, which you take as agreement.

You step away from her just as Evan pats your shoulder.

“Ready to help?” he asks, holding out a rusty knife for you to use on the dragon’s scales.

“Of course,” you say, and pull out your own hunting knife from its sheath on your belt. Unlike the rust covered thing he’s holding, your knife is sharpened to a fine edge. You’ll need that edge now.

You move as though you’re following him and ‘stumble.’ With a flick of your blade, you sever the thick cable holding Elmana’s neck.

She jerks upward at the same time and the cable snaps with a resounding crack.

You, Evan and the men on the ladders all fall backward. In the resulting chaos, you roll toward Elmana’s front paw and sever the tether there as well.

It’s enough for the dragon. She heaves against the remaining ropes and you hear the pop as they’re either pulled completely from the ground or snapped under the pressure.

The wind from her wings forces everyone to the ground. She beelines it for the tree line.

You lose sight of her as Evan shouts. “YOU!”

He must have seen you sever a cable. You roll away as he tries to grab you. The other villagers join in, and you’re trying to figure a way free when two distinct sounds bring everything to a stand still.

There’s a roaring with the crackle of very hot flame hitting the live wood of the forest. Heat washes through the air, dry and painful even at a distance.

Right behind the roar comes a shriek. You hear the high-pitched scream both audibly and in your head just like you saw Elmana’s communication. Pain paralyzes you until that shriek vanishes, leaving behind a deep, pounding headache.

Around you, the villagers slump to the ground. You shake the nearest one and check his pulse. He’s alive but definitely not conscious.

Elmana flies over and plucks you from the mass of unconscious villagers with her claws.

Terror seizes you as she flies away. The sight from her claws shows a circular patch of the forest completely burned out. There are no live flames, however.

None of the villagers are moving.

Your terror subsides as Elmana lowers you to the ground in a field not far away. She gives a crooning call and you see a small, silver and blue head peek up from the tall grass to greet her.

“A tree nymph!” Mike chortles. “Wish I’d been on that hunt.”

“No, you don’t,” the old, bald hunter says, “the nymph’s death cry leaves a lasting headache. You’re lucky,” he says to you, “that the dragon’s communication buffered you from the nymph’s control.”

“Still hurts,” you say as you rub your temple. After two days, you still sport a headache, but you learned when you returned that, the only reason you didn’t pass out from the nymph’s shriek like the villagers was because Elmana had broken its influence on you.

“Well,” Mike says, “maybe things will stay quiet for another day or two so you can recover.”

You and the old hunter glare at him and then glance at the globe sitting on the dark mahogany desk.

“Don’t say that word in here,” you both admonish at the same time.

Yay, you survived! Thank you for joining in this adventure =)