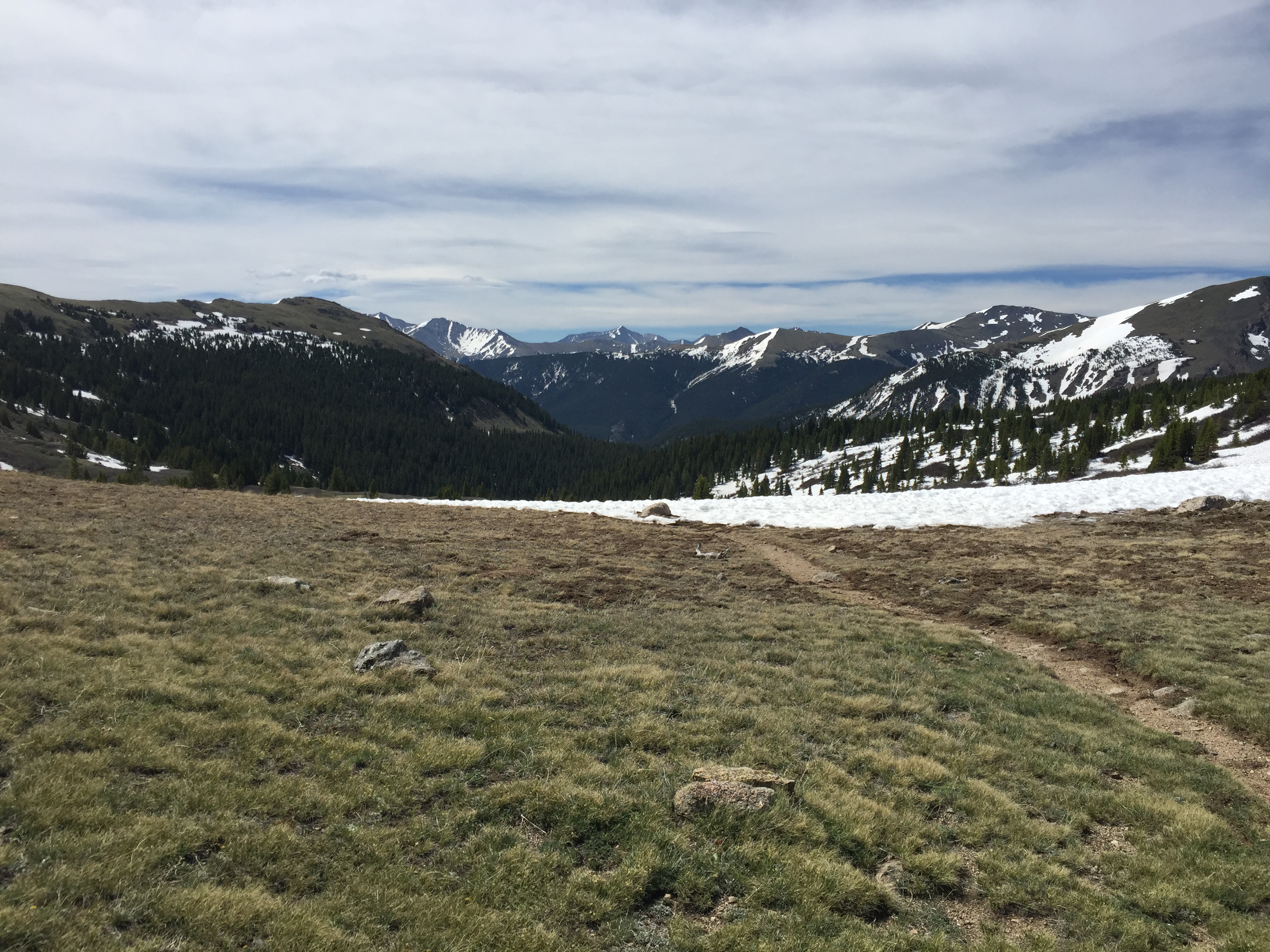 This vote was incredibly close! (Lesson to self, three options split the vote dangerously close to tying!) But the mountains came out on top…um, no pun intended =)

(If you’re counting, one vote came in on Facebook instead of the blog. Otherwise North and Mountains tied. Like I said, really close vote!)

Let’s see what kind of creatures we find in the rough mountains!

None of the choices will be easy. Your hand hovers over the globe while you mentally check your gear before you finalize your choice.

It’s a stalling tactic. You sigh and lay your palm over the glowing mountainous coast of the eastern continent. A small, cool breeze plays with the hair along your arm, pulling goose flesh in its wake. You shiver and close your eyes as the breeze brings with it the smell of salty water mixed with forest moss and leaves.

It grows stronger until you hear the air rustle in the branches above. Just before the study completely disappears, you hear a faint, “Safe journey, fellow hunter.”

You’re not sure if it’s Mark or the other hunter who spoke but when you open your eyes, tall oak trees and sharply edged rocks surround you.

From previous journeys here, you know just to the east sits a massive cliff that drops to the ocean below. The faint pounding of the waves carries on the wind even where you stand.

A small town lies to the north but you’re not sure how far you arrived from it.

The town’s the only inhabited place you know of in this region. You turn north to follow the cliff until you reach it.

Your hike remains uneventful through the morning and afternoon but, as the sun starts to disappear through the trees, a faint bellowing joins the pound of the waves from the ocean to your right. You pause to listen.

The deep, hollow bellow comes and goes as the wind shifts but you can’t place what creature might be causing it.

It’s not an ogre because ogres snort more when yelling. They snort more in general.

It’s not a troll. Although they bellow, they have more voice and less wind.

Your breath stills as the sound comes again and a chill not caused by the breeze clutches your spine.

The bellow this time contains a hissing on the very end like fire hitting water and turning it instantly to steam.

Of all the monsters you’ve hunted, you’ve only faced one dragon before. It was not a successful hunt, either.

You swallow down your apprehension and continue toward the town. As you draw closer, the smell of smoke grows heavy on the air. Mixed with it is a heavy, moist feeling like the humidity is sticking the ash to your skin. As you walk free of the forest, the town comes into view in a small, protected valley below.

It’s not the scene you expected.

There is indeed a dragon.

Wagons are burning and the small river that runs through the town has been evaporated from dragon’s fire. A trickle from upstream is just now starting to refill the riverbed.

Except the townsfolk have the dragon grounded with cables running from its legs, neck and tail.

The burning wagons have been shoved up against the dragon’s sides like the people were trying to burn it alive.

Since that didn’t work—dragon scales being fire resistant and all—now several of the men have stacked ladders against the dragon’s massive sides and are trying to pry loose the scales around its rib cage.

The dragon, a silver beast with hints of blue running through its wings and scales, lets out another pain-ridden bellow. Now that you’re closer, the deep cry shudders the ground beneath your feet and brings pain to your ears.

All people, as far as you’ve encountered, know how to kill a dragon, but these people are not going for the one soft scale over the beast’s heart.

You leave the edge of the trees and walk toward the crowd.

At first they don’t notice you but then a few at the edge glance your way and do a double take.

You keep walking. With the crowd’s agitation, you suspect any hesitation on your part might cause them to be violent.

“Got your own dragon?” you ask as you weave your way through the crowd until you reach the base of the ladders the men stand on.

One of the men glares at you and bares the knife he’s holding like he’s planning on fending you off from his ladder.

“What’re you planning to do with your own dragon?” you ask him directly.

“Why, we’re going to build ourselves a life fountain.” He sneers. “ And you’re not welcome to it.”

“A life fountain?” you ask.

At this a feverish grin breaks out on everyone’s face. It’s so uniform you start to wonder about mind control.

“Build a fountain from the inside of a dragon’s scales,” a woman starts to explain.

“Fill it with water from the ocean,” picks up another man.

“And drink from it daily,” the woman continues.

“For eternal life,” they finish together.

The dragon swivels its head around to reveal one deep purple eye. She stares at you as if to ask what kind of madness has overtaken everyone. You lay a palm against her massive side.

“Loosens the scales,” says the man on the ladder. “Now get outta here. We’re not sharing.”

You nod, “that’s fine. I just need some provisions and I’ll be on my way.”

Finally, a bit of sanity seems to take over as they all realize they haven’t given the usual mountain hospitality to a traveler.

While they decide who’s going to help you with provisions, you debate your next move. Usually you’re trips are straightforward. Find the beast terrorizing the people and kill the beast.

Except here, the dragon’s not attacking anyone. As far as you can see, it evaporated the river by breathing fire, but considering its head is pointed at the river, the fire could have been from its bellows of pain and nothing more.

The burning wagons were from the people. And there’s your problem. There seems to be something wrong with the people.

You could ask for a place to sleep for the night and stay in town to further question the people. The sun’s last rays are quickly disappearing over the valley rim.

Or you could head out of town and investigate the surrounding countryside, maybe see if something seems out of place. The people are not making progress on the dragon’s scales yet, so there is some time.

As always, please leave your vote in the comments below. We’ll be back next Thursday to continue the adventure.