My husband and I have this routine we follow almost every night before we drift into dream land. No planning went into this routine, no preconceived notion forms how it’s followed but over the years it’s developed into a habit.

As we lay there about to drift off, we let everything from the day come spilling out in conversation. Logic would say dinner would be a better time for this and my sleep habit would agree, but reality doesn’t usually agree with logic.

So the other night, my husband and I were discussing the deep matters of the world, workout schedules, work grievances, body aches and pains, you know, the really pressing stuff, when we stumbled onto the topic of success.

I’m a worrier. As you can imagine, my worry level is up to the red when it comes to The Adventure, which launches on Amazon the end of this month. As we discussed this, Nate commented, “Define what success is for you. People will tell you all sorts of things but if you know what you want, then you know if you’ve accomplished what you desired no matter what others say.”

This stuck in my brain like a fly in honey. It wriggled around until it became fully immersed in my thoughts.

Regular, traditional publishing says you have to sell thousands of copies before a book is a success. Some say you have to make a living off of your writing and then you’re a success. Others gauge it on whether or not they’re familiar with your name, or if they’ve heard of your book before. Some point to Amazon reviews and press releases, interviews and book signings.

By many of these, I’ve a long way to go before I’ve achieved success and if I let these things define what I’m striving for, I may never reach the point where I’m satisfied with my accomplishments. Ouch.

But Success, as according to Merriam-Webster, is defined as:

Interesting…only one part of the definition deals with ‘wealth, favor, or eminence,’ and even those have varying degrees. A and C both rely heavily on what success is defined as in the first place. So really, the ‘favorable or desired outcome’ is where we each need to focus.

What, to each one of us, is the favorable or desired outcome that defines success? 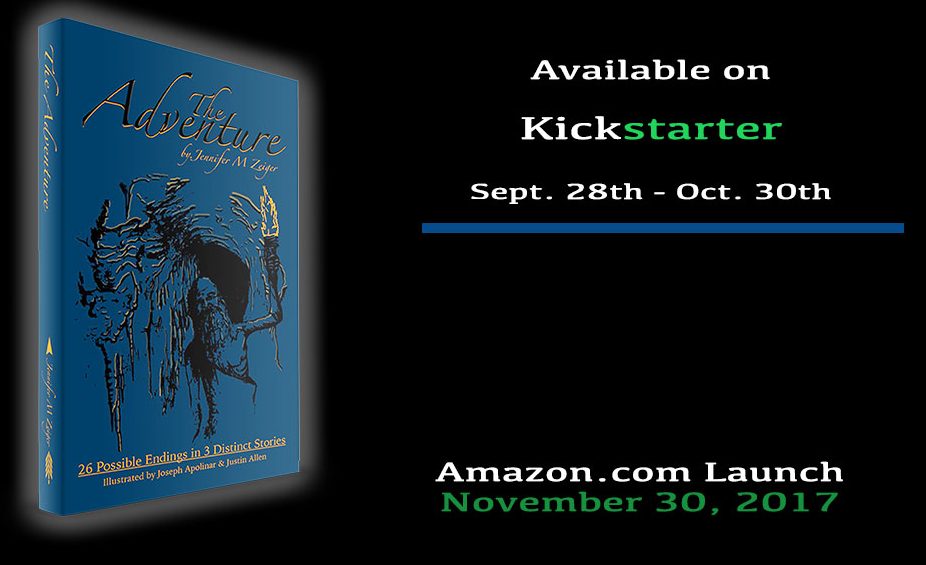 For The Adventure, I think achieving my goal for the year, as I outlined in my last post, The Trap in Dreaming, defines success.

That goal, specifically stated, was: Publish The Adventure and break even on the cost by the end of 2017.

Thanks to the amazing backers of The Adventure Kickstarter, that goal will be accomplished November 30th. Thus, this year has been a success. Period. Dot. Done. =)

What to you is success in your own life? Don’t let others define it for you.