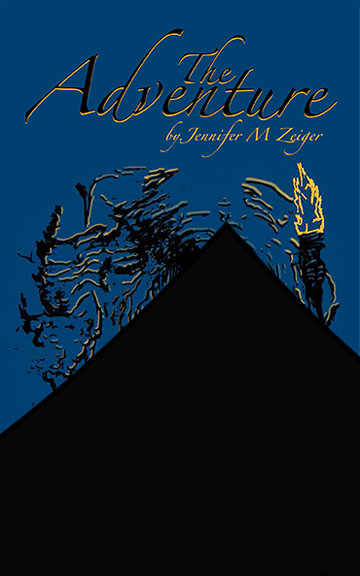 I haven’t asked Joseph Apolinar his thoughts on this, but I can say the cover took longer to produce than any other illustration in The Adventure.

There’s just something to it that makes it more daunting, like riding a larger motorcycle. It’s still riding, but there’s so much more to think about!

But that extra time on the cover was totally worth it. Traditional publishing houses decide the cover of a book, not the author. They do this all based on what they think will sell. It makes sense but it’s such a cold way of going about it.

This cover, to me, has a lot of heart and came out beautifully. Of course I want it to sell but more than that, it’s a cover I’m proud to present.

Here’s the next part of the The Adventure’s cover. I’ll present the full image this Thursday! Be sure to stop by =)

P.S Any new guesses on which adventure story this image pertains to?