Mystery of the Golden Shells

All on an island that breathes with wild magic and harbors dangerous creatures.

Usually, you hunt beasts for the King in the untamed Alder forest. Now, you’re tasked with finding a mythical shell to heal the Queen while figuring out which suspect poisoned her in the first place.

Choose wisely, Dear Hunter, for Isbell Island holds its own surprises, and catching the Poisoner will require all your wits.

Formatting: Also done! And the first printed proof has been ordered. Usually, I end up getting 2-3 proofs before all is done.

“The story is enchanting and immediately pulled me in—so much so that I quickly found I’d finished almost two whole story paths in a single sitting! Young readers are sure to love this adventure book, as will any fan of steampunk and/or dragons.”
-Naomi L. Amazon Review
“The multiple endings keep you going back to search for something else! My 12 year old sat down and read this in a day, she was entranced!”
-Leslie Amazon Reveiw

Quaking Soul is Now Available in Paperback, Hardcover, and Kindle!

“Quaking Soul is the kind of story that can and will appeal to a wide audience. It definitely has something to offer everyone, including a bit of mystery and a bit of romance. Everything about it works really well together and I loved that nothing felt like it came out of left field. The story builds and the characters grow naturally. The world building really shone for me, but everything about it was extremely well-done.”

“Overall, Quaking Soul: Hidden Mythics was a fabulous story exploring old rivalries and the power of uniting, in order to survive.
Recommended to: lovers of urban fantasy, mythical beings, and conflicts between such beings and humanity. A true tale of survival, secrets, and forgiveness.”

–Ellie from Bookish Beyond Review Blog

Jennifer is currently working on a sequel to Quaking Soul in between developing Mystery of the Golden Shells. The below progress bar will be updated anytime she gets a chance to work on the manuscript. 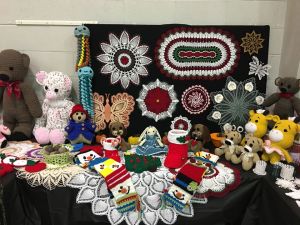 I’m taking a short break on the blog adventure stories to write stuff. You can check out the last adventure, Night Creature Adventure, or read my most recent posts about writing and life here.